Jennifer Hudson’s slain brother is being vilified by the defense team for accused murderer William Balfour. Find out how they’re trying to explain away the tragic deaths of the singer’s mother, brother and nephew. 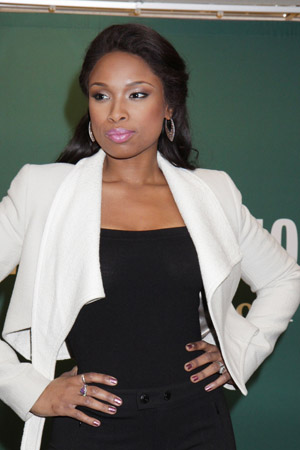 Jennifer Hudson opted to leave the courtroom on Wednesday when grisly photos of her slain mother, brother and nephew were shown to jurors. However, the defense team for the accused murderer, Hudson’s former brother-in-law William Balfour, claims that her brother was a drug dealer.

“He was involved in a dangerous business and it brought danger to him and he lived in Englewood, probably the most dangerous neighborhood in the city of Chicago,” defense attorney Amy Thompson told jurors, according to RadarOnline.

“[Police] did nothing to determine if it might have been Jason Hudson’s violent business that led to him getting shot twice before, that led to these murders… They did nothing to follow the trail other than the weak trail that leads to William Balfour.”

That’s quite a stretch — Balfour had threatened to kill his wife’s family, according to testimony by Hudson’s sister, Julia, earlier this week.

“If you leave me, you will be the last to die. I’m going to kill your family first,” Julia testified, adding that she never reported the threats because, “I didn’t believe him.”

Hudson also testified about her slain family members earlier in the week.

“I told her over and over again to not marry him,” Hudson said of her sister. “We did not like how he treated her.”

She knew something was wrong that day in 2008 when her mother didn’t call her for their daily chat. She took the first plane back to Chicago after her sister told her. Hudson later identified the bodies of her mother and brother and put up $10,000 to bring her nephew home safe.

“We were trying everything, anything we could do to get [Julian] back,” she testified. He was later found shot to death in an SUV.

The trial will continue Thursday.