Britney Spears has finally got rid of her cursed mansion — she just sold it for $4.2 million after four years on the market. Which other celebrities are getting rid of their palatial digs? 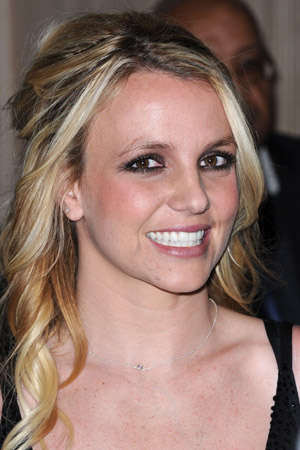 The final tie to Britney Spears’ dark past is finally gone: She just sold her former Beverly Hills home for a cool $4.2 million, according to Forbes. The house — best known for being the home base of the singer’s 2008 meltdown — has been on the market since 2008.

Spears hasn’t lived there since all of the drama went down. Instead, she’s holed up with fiance Jason Trawick in a $25,000-a-month rental mansion in Thousand Oaks, California.

What does the house have to offer? Plenty. Brit Brit purchased the five-bedroom mansion on a whim back in 2007 at the height of the housing bubble. It had bad vibes for her, though — she was carried out of the home on a stretcher during one of her psychiatric meltdowns.

Spears isn’t the only one unloading property, though — Jennifer Aniston and Ricky Martin both unloaded property recently. Aniston let go of her two pre-war West Village NYC condos for $6.5 million to a mystery buyer. A nice sum, right? Well, she lost about $600K with the sale — and she just purchased it in 2011.

“We tried New York,” the actress, 43, told People last month, referring to her and boyfriend Justin Theroux. “It was a little rough with the paparazzi. It didn’t feel like the New York I grew up in and knew.”

The couple just purchased an 8,500 square foot mansion in Bel Air for $21 million.

As for Martin, the Evita star just unloaded his $10.6 million dollar Miami Beach mansion after five years on the market. He’s now rumored to be living in a 2,637 square foot condo in NYC with three bedrooms and three and a half bathrooms.

Must be rough to be rich, eh?