Robin Gibb has emerged from a coma that almost claimed his life and is eager to make music again, his family said. 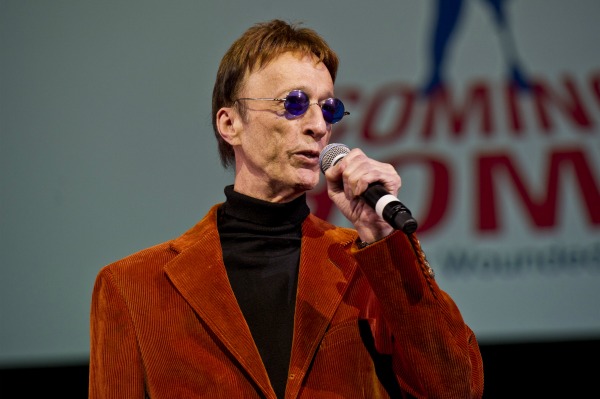 After being given a mere 10 percent chance of survival, singer Robin Gibb has emerged from a cancer-related coma and is eager to make music again.

Gibb’s wife Dwina said the star is eager to leave the hospital after his near-fatal bout with pneumonia.

“He is really happy. He just wants to get out,” she told ITV News.

“He has been very naughty because he pulled his feeding tube out so the nurses will have to put it back in again but he wants ice cream… he wants all kinds of things. It’s good anyway.”

Gibb’s son Robin-John said his father is eager to record again. “His vitals are perfect. He just needs to build his strength,” he said. “Work is what he wants to get back to doing.”

Robin Gibb is on the “road to recovery” >>

Robin-John even revealed that it was music that brought his father out of his coma — specifically, music that the ’70s disco star wrote, albeit in a very different vein than the casual fan might recognize.

“He woke up while we were playing the track which is a movement from the ‘[Titanic] Requiem’ we have just written.”

But perhaps Gibb has had enough of listening to music for a while. Dwina revealed, “We played music to him for about 10 days so we asked him if he wanted to listen to any more music and he said no — we’ve bombarded him with music. It was very interesting.”

The 62-year-old Bee Gees star began his health battle 18 months ago when he was diagnosed with liver cancer after being rushed to the hospital for abdominal pain.