Jennifer Hudson continues to attend the trial of the man who stands accused of murdering her mother, brother and nephew — but there is only so much she can stomach. 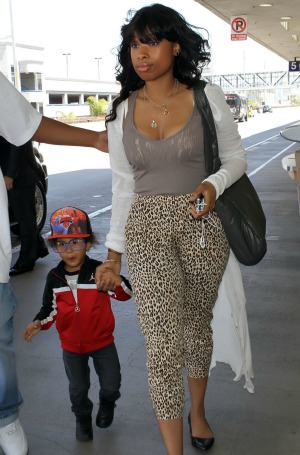 Jennifer Hudson continues to attend the murder trial of the man who allegedly killed her mother, brother and nephew even after she testified — but the singer had to leave the courtroom when grisly crime scene photos were shown to the jury.

One of the graphic images showed Hudson’s mother — with whom she said she spoke on the phone daily — laying dead on the floor in a pool of blood with gunshot wounds to her back. Nearby lay a broom that prosecutors showed in the courtroom, suggesting she may have tried to use it to defend herself from defendant William Balfour’s gun.

Hudson’s sister Julia, whose son was killed, also left the room when the images were shown.

But not attending was not an option for the Academy Award-winning actress/singer, according to a high school friend.

“Family is everything to Jennifer,” the source told the Chicago Sun-Times. “She knew testifying would make her relive the whole nightmare, but that’s nothing new. A day doesn’t go by when she doesn’t think about those three family members she lost. She knows she will continue to think of them and mourn them every day — for the rest of her life.”

“She knows that would destroy her and impact negatively the lives of both [fiance] David [Otunga] and her beautiful baby boy, David Jr. That girl is all about faith and family. Pure and simple.”

William Balfour faces charges of first degree murder, aggravated kidnapping, home invasion, residential burglary and possession of a stolen vehicle. He has pleaded not guilty to all charges.