The Scary Movie franchise is alive and kicking. It’s taken a long time but Dimension Films is moving forward with the next sequel, Scary Movie 5. They’ve just hired a director and the film is scheduled to begin production this year. 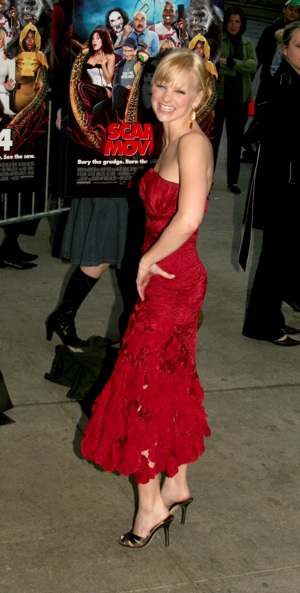 It’s hard to believe it’s been six years since the release of Scary Movie 4. It was the last installment of the franchise that began as a parody of Wes Craven’s Scream.

Scary Movie 4 earned $178 million worldwide, which was enough for Dimension Films to green light Scary Movie 5. The sequel has been in the pipeline for years, and the studio has finally nailed down a director.

According to Entertainment Weekly, Dimension has hired Malcolm Lee to bring the next spoof to the big screen. Lee’s previous works include The Best Man, Roll Bounce, Undercover Brother and Soul Men.

Scary Movie 5 will be co-written and produced by David Zucker, who also co-wrote and directed Scary Movie 3 and 4.

Casting is currently underway and production is scheduled to begin this summer. The most familiar face associated with Scary Movie is Anna Faris.

There have been rumors that she may reprise her role as the series’ unlucky heroine Cindy, but nothing’s been confirmed.

The actress has been involved with the franchise since the first film, which was released in 2000. Back then, it was a passion project spearheaded by the Wayans brothers.

The original Scary Movie was directed by Keenan Ivory Wayans, from a screenplay co-written by Shawn and Marlon Wayans, who also starred in the film. It mostly poked fun at Scream and its peer, I Know What You Did Last Summer.

Scary Movie was a surprise hit, grossing $278 million worldwide on a $19 million budget.

The films are known for their outlandish celebrity cameos such as Carmen Electra, Pam Anderson, Dr. Phil McGraw, Shaquille O’Neal and The Wu-Tang Clan.