Apparently enough people still want to be Keeping Up with the Kardashians — E! has just signed them to a three-year, $40 million dollar contract to stay with the network. 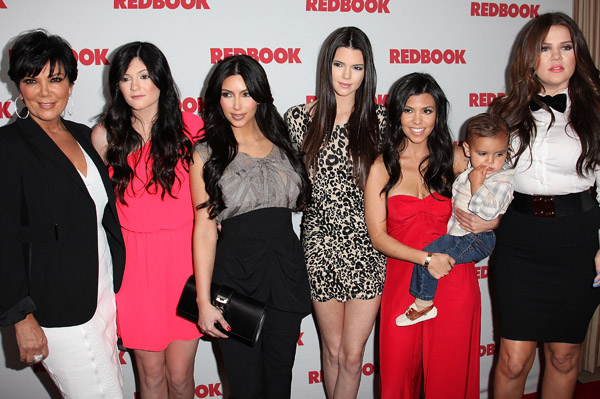 Hoping that Keeping Up with the Kardashians would be canceled? You’ll have to keep waiting — E! just signed the K family to a three-year deal worth a collective $40 million.

Apparently Kim Kardashian, her mom Kris Jenner, step-dad Bruce Jenner and sisters Khloe Kardashian and Kourtney Kardashian get equal shares. Kendall and Kylie Jenner — along with brother Rob Kardashian — are on the lower end of the pay scale, according to TMZ. Scott Disick and his son with Kourtney, Mason Disick, have their own deals, as does Khloe’s husband, Lamar Odom.

Oh, and that amount is only for Keeping Up with the Kardashians — a new spinoff show would require a new deal. You can call Kris a lot of things, but she is one shrewd businesswoman when it comes to cashing in on her family.

Where does all that business sense come from? After all, she doesn’t seem like the brow-beating mogul type on the surface.

“I spent a lot of time very young paying attention to what was going on around me and I think that somehow seeped in,” the momager said during The Hollywood Reporter’s Power 100 Women in Entertainment breakfast in December 2011.

“And then my mom and my grandmother ran businesses and stores from the time that they were really young. So I think you watch, you do and you learn from your parents. I also wanted to teach that to my girls and I love that they have developed this amazing work ethic, and that’s how they live their lives,” she continued.

Another part of it comes from wanting to set up her family for life.

“My fantasy is to have Keeping Up with the Kardashians, season 26,” Jenner told The Hollywood Reporter in a 2012 cover story. “Who knew it would be this profitable? I should have had more kids.”

The Buzz: The Kardashians sign a new three-year contract

The Buzz – Keeping Up with the Kardashians Signed for Three More Seasons!
The Kardashians are going anywhere, anytime soon. E! resigned the Kardashian crew for three more seasons, meaning we have a lot more drama and scandals in store.