Barbra Streisand turns 70 today — and we never would have guessed. Find out what she says keeps her looking and feeling so young. 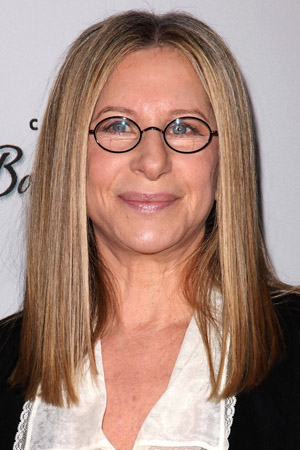 We’re a little verklempt right now because we just can’t believe this: Barbra Streisand is 70! We had no clue that the legendary singer was actually that old — she definitely doesn’t look 70.

And what does she have to thank for her youthful glow? Her refusals to bow to public pressure about her looks — namely, her famous nose.

“I was afraid of the pain. And how could I trust a doctor’s aesthetic sense?” she told Oprah of why she never got her famous nose reduced. “How would I know he wouldn’t take too much off?”

In fact, she likes her nose.

“From certain angles, I liked my nose — still do. Some people would tell me, ‘You could take the bump off.’ And I would say, ‘But I like the bump.’

So, is she retiring now that she’s 70? No way. Streisand is set to star with comedian Seth Rogen in the upcoming My Mother’s Curse.

“It goes against every type of instinct you would think I would have, to do a movie like that with Barbra Streisand,” he said of the film. “It’s not dirty. There’s no swearing in it. But to me, an exploration of the mother-son dynamic in that way was something I had never seen before.”

Did the famous diva actually get along with her pot-loving, younger co-star?

“It was great. She was really fun, honestly,” Rogen told the Washington Post. “I think she watched Knocked Up, she said. And Pineapple Express she actually really liked, which was surprising to me.”

“She’s a huge movie fan. We could talk about movies all day. She actually watches movies. Like she had never seen, Coming to America, and so I told her she should watch it. And the next day she came to work and she had watched Coming to America. And she loved it. It was really — she’s like, ‘Did Eddie Murphy really play all those guys in the barbershop?’ It was funny having the Coming to America conversation 15 years after the fact, but that’s what it was. Yeah, we got along really, really well.”

It sounds like she’s still got it. Happy Birthday, Barbra!