If addictions were seen — and treated — differently by the public and the media, would fallen stars like Amy Winehouse and Whitney Houston still be alive? 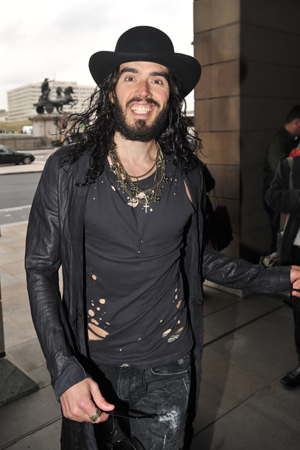 Russell Brand isn’t just the hilarious ex of Katy Perry — he is also, and will always be, a former heroin addict. And earlier today, he shared his testimony with the British Parliament’s Home Affairs Committee in order to suggest that politicians should regard drug addiction as a treatable disease rather than a criminal matter.

“It is something I consider to be an illness, and therefore more of a health matter than a criminal or judicial matter,” explained Brand, according to E! News. “It is more important that we regard people suffering from addiction with compassion and there is a pragmatic rather than a symbolic approach to treating it.”

The comedian and actor has spoken out in the past of society’s view of addiction — most recently, just after the passing of singer and friend, Amy Winehouse. He calls for a new approach to the issue.

“What I want to offer people is truth and authenticity in the treatment of this illness, in our regards to the criminal components of it, in assisting victims and in the way we legislate and organize our society.”

Brand confirmed that he has been arrested twelve times in the past for drug possession, but that addicts generally don’t care about the legal side of their drugs: whether they’re legal or not, where they came from or what the potential consequences are, according to the Guardian.

“I don’t think they are going to be affected because they’re normally on drugs,” he said.

Brand’s backing for an abstinence-based approach was supported by Chip Somers, the chief executive of Focus 12, the detox center where Brand sought help and successfully kicked his habit. “Just to park people on methadone for four to seven years is criminal.”