Disney and Pixar are sure to have another summer hit with Brave. Follow heroine Merida as she wonders, “If you had the chance to change your fate, would you?” 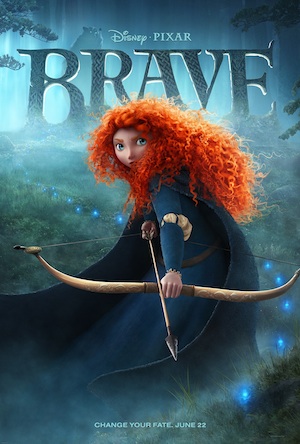 The latest film from the partnership between Disney and Pixar, Brave, has a new trailer out today, exclusively at Apple Movie Trailers. The movie — which will be released in 2-D and 3-D — is sure to be a major summer blockbuster. Brave comes from the same creators of Finding Nemo, Wall-E and Up. The new story centers on a Scottish princess who challenges tradition and longs to change her fate.

Disney explains the animated movie’s premise: “From Disney and Pixar, a new tale joins the lore when the courageous Merida (voice of Kelly Macdonald) confronts tradition and challenges to change her fate. Brave follows the heroic journey of Merida, a skilled archer and headstrong daughter of King Fergus (voice of Billy Connolly) and Queen Elinor (voice of Emma Thompson). Determined to carve her own path in life, Merida defies an age-old custom sacred to the unruly and uproarious lords of the land: Surly Lord Macintosh (voice of Craig Ferguson), massive Lord MacGuffin (voice of Kevin McKidd) and cantankerous Lord Dingwall (voice of Robbie Coltrane).”

Fun fact: Most of Brave‘s voice actors are actually from Scotland with a few exceptions like Julie Waters and Emma Thompson. The film was originally titled The Bear and the Bow when the project was discussed back in 2008. Brave is directed by Mark Andrews and Brenda Chapman.

Check out other movie trailers