Ashton Kutcher and Mila Kunis reportedly spent a romantic weekend together in a beach town. So, it looks like they are dating, but sources are claiming that it’s nothing serious. 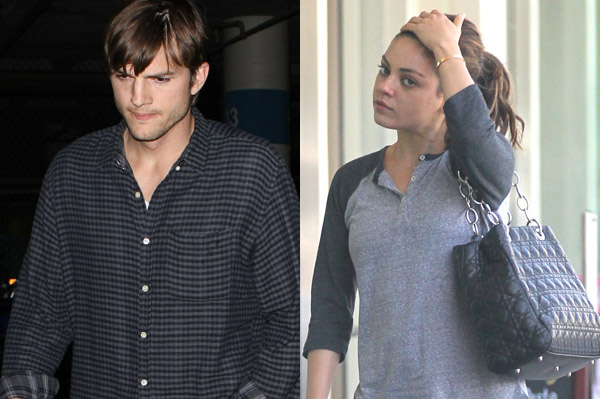 It looks like Ashton Kutcher and Mila Kunis are an item, judging from the pair’s long weekend together in Carpinteria, California, a coastal town just south of Santa Barbara. The couple was spotted eating sushi and grocery shopping, according to People.

This is the third time the pair has been spotted together in the past week. They were first photographed leaving a steakhouse in Beverly Hills and then again a few days later. A rep for Kunis says the two are not dating, but several sources claim the pairing has been a “long time coming.”

Ashton Kutcher’s advice: Fake it until you make it >>

“They have been close friends for years and there has always been a lot of chemistry,” a friend of the pair told Celebuzz.

“Whenever they are in between relationships, or aren’t seriously dating anyone, they tend to spend more time together.”

A source added to E! News that they’ve had feelings for each other for years, “It never happened, but I’m not surprised by this — at all.”

“He was so in love with her for a while when they worked together,” a source told E! “He thought she was a goddess, was always talking about how beautiful she is. But she was with Macaulay [Culkin] for a lot of that time and also just generally gave off a not interested vibe.” Of course, he was also married to Demi Moore.

However, neither are looking for a big commitment.

“But at the end of the day they are great friends and have a lot of fun together,” the insider added.

Do you think Ashton Kutcher and Mila Kunis make a good pair?