We never thought Shannen Doherty would turn to reality television. However, the self-conscious star shared why she’s airing her wedding journey. 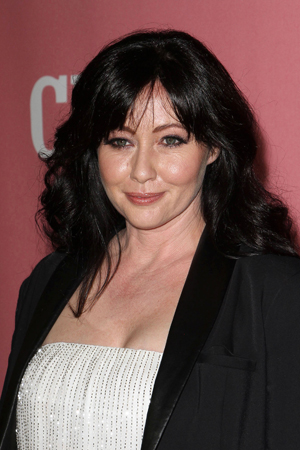 Though Shannen Doherty was married last October, she is revealing her journey down the aisle now on her WE tv reality show — something she never thought she’d do.

“I have absolutely no idea why I decided to do a reality show,” she told People. “Except that, at the time, it seemed like a really good idea to document everything that you go through when planning a wedding.”

She added, “Planning a wedding in seven weeks is stressful enough for anybody, but when you’re filming a show, it makes it 10 times harder because you have so many other opinions that, perhaps, you didn’t need.”

Doherty shares that the episodes aren’t just picking out tablecloths and trying on wedding dresses — but conquering a fear that the self-conscious star has never faced head-on.

“I think the reality show is actually going to show people who I am — Shannen, not the characters that I play and not the girl who goes on talk shows and still plays a character, because she’s always been self-conscious and doesn’t want people to actually know her that well. The show definitely is me, and I think it shows the good, the bad and the ugly. It shows all sides.”

So how does she feel about it? “It’s actually a little scary, because it makes me far more vulnerable, because it’s me personally that you’re judging, as opposed to a character. Scary!”