The gloves came off as Michael Lohan fired back at Rosie O’Donnell for comments she made earlier about Lindsay Lohan. 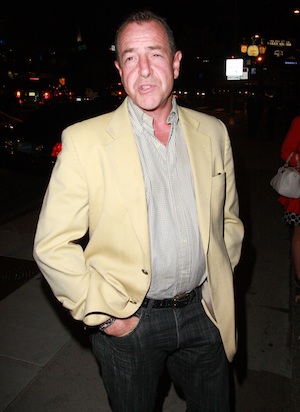 This morning we reported that Rosie O’Donnell is not happy about Lindsay Lohan‘s latest role choice as the iconic Elizabeth Taylor. O’Donnell said on The Today Show, “I don’t think she’s right for the role and I don’t think she’s capable at this point to portray the character.” O’Donnell also stated she felt Lohan “has had a lot of trouble doing every single movie including SNL” and claimed anyone who thinks Lindsay Lohan would make a great Elizabeth Taylor is a “crackhead.”

Well Michael Lohan isn’t exactly down with Rosie O’Donnell’s comments and took out his frustration with TMZ. He told TMZ that he thinks Rosie isn’t in a position to criticize his daughter’s life choices and future career moves. “Who the hell is Rosie O’Donnell to judge anyone, especially Lindsay, who has far more talent than Rosie ever had?”

He continued with more harsh words, “Lindsay’s talent isn’t limited to being a comedian or getting notoriety for a adopting and raising a bunch of kids. Sure [Lindsay] has her pitfalls, but she is 21. How old is Rosie?”

And if you thought Michael Lohan was done with his rant, he had just one more zinger for Rosie O’Donnell. “Two failed talk shows, a failed marriage, etc… He/she who is without sin may cast the first stone.”

No word yet from Rosie O’Donnell on Michael Lohan’s comments.

31 mins ago
by Danielle Sinay