The Lilac House is a beautiful portrait of grief. Anita Nair’s two main characters mourn the changing winds of life — all that they have lost, as well as their hopes for the future. The author writes wonderfully about issues facing modern-day India. The complex characters and the hard truths they must face had us reading late into the night, which is why this is our Red Hot Book of the Week.

With beautiful prose and two complicated, damaged characters, Anita Nair brings modern-day Bangalore, India to life. While Meera is reassessing who she is and what she can do with 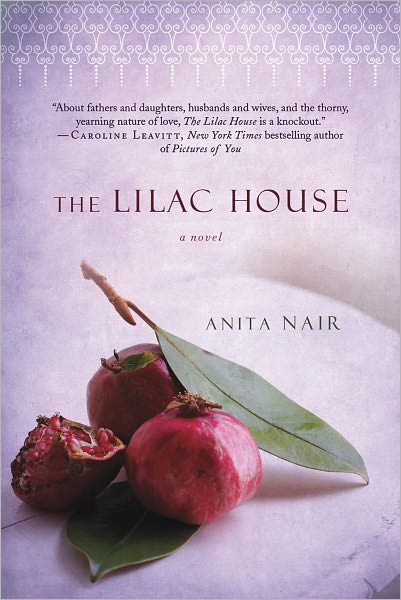 her life, Jak is plunging himself head-on into the search of what happened to his beloved daughter. These two characters, so different, come together to help one another become whole again. Anita Nair’s sweeping prose makes this impressive novel one that readers will return to again and again.

Meera has known that things with her husband haven’t been great, but she couldn’t have predicted the drastic step he would take when he left her. Not only did he disappear without a word, but he abandoned her and their son at a party. Now Meera must face the fact that all her years as a corporate wife and cookbook author won’t pay her bills. Newly single and having to support her son, mother and grandmother, Meera doesn’t know where to turn for help.

Jak, or Professor J. A. Krishnamurthy, is an expert on cyclones who has recently relocated to India. His daughter Smriti was the victim of a horrible accident, and Jak is determined to find out what really happened. He can’t accept that it was a random act of fate and begins digging into Smriti’s life in India. He doesn’t like what he finds, but he knows he can’t stop until he discovers the truth about what happened because only then will he be able to move on.

Through these two characters, Anita Nair shows us the different issues affecting modern-day India. It’s a beautifully-woven cultural tale about two troubled, yet strong individuals who must remake themselves in the wake of difficult events.