Original Guns N’ Roses member Steven Adler is appalled at Axl Rose’s refusal to appear at the Rock and Roll Hall of Fame induction ceremony. Read on to find out his final words about his feud with the temperamental star. 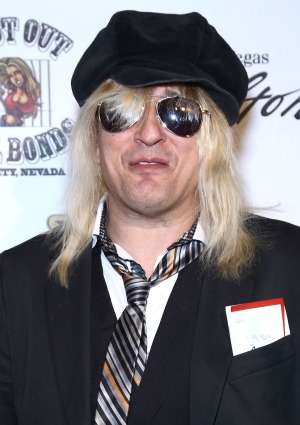 Steven Adler is so over talking about Axl Rose, for real. In fact, he is so over it he spends a big chunk of his recent Rolling Stone interview talking about the former Guns N’ Roses frontman — but this is the last time he’s talking about it, he swears.

“This is the only thing I’m going to say about Axl, and this is the last thing I’m ever going to say, ever, you’re getting it, is I feel blessed and thankful that he was a part of my life for that chapter of my life, but that’s it. That’s it,” Adler told the mag. “I have no desire to know him or work with him or do anything with him again. Letting go of that was like a huge weight was lifted off my body. I feel f***ing free. Yay!”

Adler said the last straw was Axl’s refusal to play with the rest of the original members of the band when they were inducted into the Rock and Roll Hall of Fame.

“That’s done. That’s totally out of my system,” he said. “I was hoping that the five of us would have been there to play and show our respect to the fans, but the three of us who really do care about what our fans think and how much they’ve done for us were there, and we showed our love and respect.”

“In my thank-you speech, I ended it with the words of the late, great Freddie Mercury. ‘I’ve taken my bows, my curtain calls, you’ve brought me fame and fortune and everything that goes with it, and I thank you all.’ I think that says it,” Adler explained. “It couldn’t have gone better. I showed my thanks and my love. Slash is really the main person from that band that is really super-duper… they’re all important, but Slash is the most important, because we grew up together, we started the whole thing together, so it was really great ending that chapter with him.”

Now that Rose has really, truly and finally screwed over the band, Adler said there is absolutely no chance of a G N’ R reunion. Zero, zip, zilch.

“That’s Axl, he doesn’t make any sense, and that’s it, I’m done with him, I’m never mentioning him or talking about him again. That’s it. One last thing — god bless him.”

Guns N’ Roses were inducted into the Rock and Roll Hall of Fame on April 14, 2012 — without the presence of Axl Rose.

Read the complete interview with Steven Adler on RollingStone.com.