It’s no secret that Ryan Seacrest is talented, but just how much is he worth? American Idol put a price on their host — and he accepted the generous bid. 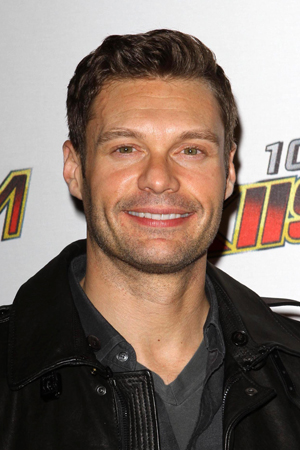 Actors and actresses get paid millions for their roles in movies, and musicians stomp stages across the nation nightly for their paychecks. But television show hosts capture our hearts repeatedly, week after week, without stealing away the spotlight from the other talents they promote on screen.

It’s an underrated gig in Hollywood, and few do it well. So when a reality competition like American Idol is bidding to hold onto the host that’s become a household name, you can bet that they’re going to pay big to keep Ryan Seacrest.

After months of rumors that Dick Clark’s protégé would uproot from all things Hollywood to replace Matt Lauer on The Today Show, it’s official — Seacrest won’t be “out” from American Idol anytime soon, and has been secured to stay on for seasons 12 and 13.

So just how much is he worth? According to The Hollywood Reporter, his two-year pact will continue to pay him his annual salary of $15 million, totaling up to a new contract worth $30 million.

Fox president Kevin Reilly mentioned back in January that the network knows just how much Seacrest means to the show he’s hosted since 2002. “I think everyone has come to realize the value of Ryan Seacrest. It’s very hard to imagine [American Idol] without Ryan. We certainly want to keep him.”