Marilu Henner can do what you thought was only possible on television: Recall every detail of every day of her life with perfect clarity. Now she’s trying to help you do the same. 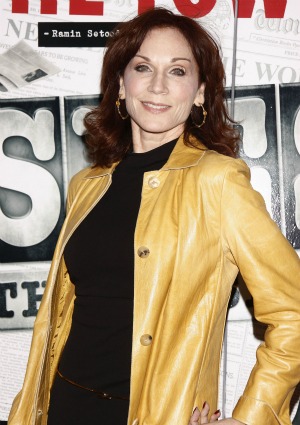 Most people want to remember every detail of their best days and forget all about their bad ones. Actress Marilu Henner is one of the few people in the world who has no choice — everything that has ever happened to her is accessible in her memories at all times.

Like Poppy Montgomery‘s character on the police drama Unforgettable, Henner is one of only 12 people in the world diagnosed with hyperthymesia, or Highly Superior Autobiographical Memory. Unlike that TV character, Henner doesn’t use this ability to fight crime, but it has helped her out in her career.

“When somebody gives me a date or a year or something, I see all these little movie montages, basically on a time continuum, and I’m scrolling through them and flashing through them,” she told ABC News.

“I can always remember where I first read a script or what I studied or what I liked about [it], things like that. But definitely being an actress, I learned how to embrace my memories and celebrate them and explore them without hesitation whatsoever.”

Asked about how she found out she got the part of Elaine Nardo on Taxi she said, “It was June 4 of 1978. It was a Sunday and I found out at the Grease premiere party. Taxi is so vivid to my mind. The very first rehearsal was July the 5th of 1978. That was a Wednesday and our first show was shot the 14th, a Friday.”

Astonishingly, she can even remember being baptized as an infant. “I just remember the water, and I remember the white,” she said. “Whenever I go back into memory, I’m always in my body looking out.”

While a memory like Henner’s is something that can only be born, not made, the actress does have a new book called Total Memory Makeover that can help you harness more of your brain power. Find it in stores April 24.