Chelsea Handler is a true blue friend. While her BFF Jennifer Aniston takes the high road on the woman who stole her husband, Handler says what Aniston can’t — that no woman should trust Angelina Jolie. 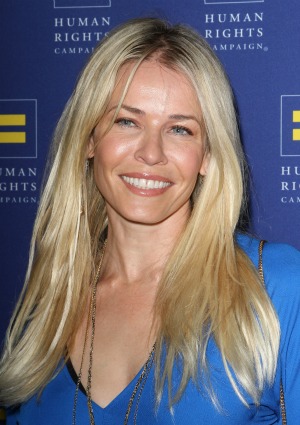 There’s still no love lost between Chelsea Handler and Angelina Jolie. The Chelsea Lately host is subversively sticking up for her BFF Jennifer Aniston again — by dissing the woman many think stole Brad Pitt.

When asked by More magazine what celeb is the total opposite of a “girl’s girl,” Handler responded with the answer we all know Aniston is thinking.

“Probably Angelina Jolie,” she said. “You just know as a woman when you see another woman if that’s a woman you can trust. She doesn’t strike me as someone I would have a close friendship with.”

The comment was a toned-down version of her 2010 rant during a standup routine when she called Jolie the c-word.

She later gave Katie Couric a PG version of the same opinion in Glamour magazine. “Yeah, I’m not a fan,” Handler said. “She just doesn’t come off to me as a sincere woman. She seems like a woman that you’d really want to avoid.”

Is it appropriate for Handler to speak out against the betrothed of her BFF’s ex in such a public way? That’s debatable, but someone who counts both Aniston and Reese Witherspoon as her besties can’t be that bad. In fact, Witherspoon gave More a little insight into what makes their friendship tick.

“She is just so ridiculous,” Witherspoon, who is preggo with her third child, explained. “She always threatens to tape record me when I go to the bathroom [during a break on Chelsea Lately] because I have a microphone on. She caught me singing a Rihanna song backstage.”

“[Chelsea is] a really great friend. She’s the kind of person who will cancel all her plans if you’re in a bad mood and you just want to sit on the couch and watch a movie,” Witherspoon said. “She’s really generous! We’re the most unlikely friends like on Animal Planet where the giraffe and turtle make friends. That’s us.”