Ashton Kutcher made it in Hollywood with a successful acting and film career and a marriage to a fellow celebrity, Demi Moore. Yet Kutcher reveals during the That ’70s Show reunion that his life wasn’t always so secure. 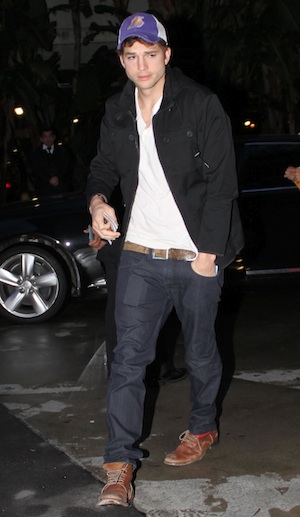 America fell in love with the not-too-bright character of Michael Kelso on That ’70s Show. The Fox sitcom made household names of Ashton Kutcher, Wilmer Valderrama, Mila Kunis and Lauren Prepon. On Sunday night, Ryan Seacrest hosted a reunion show with the casts of some of Fox’s biggest shows of the past 25 years, such as Married with Children and Beverly Hills, 90210.

Kutcher revealed he suffered from severe insecurities over his acting skills when he first began to play Michael Kelso. The former model says he felt his departure from the show was inevitable.

Oh no: Mila Kunis may be dating Ashton Kutcher >>

What made the situation even worse for Kutcher? He says he had a hard time following the script since he was born almost a decade after the 1970s.

“I was reading for a bunch of different pilots at the time and the really weird thing was — because [the series] wasn’t called That ’70s Show at the time, it was Teenage Wasteland — honestly half the references I didn’t understand. The only one I totally got, that I thought was totally hilarious, was smoking weed in the basement.”

Ashton Kutcher went on to play the character of Michael Kelso in That ’70s Show for eight years. In 2003, Kutcher hosted the successful MTV celebrity prank show Punk’d. Kutcher has made recent headlines with his marriage and divorce to actress Demi Moore. The pair wed in 2005 but released news of their pending divorce in 2011. Aston Kutcher is now the face of Walden Schmidt on Two and a Half Men with a one year contract reported at over $20 million.