Prince Harry is coming back to the USA, this time to accept a major humanitarian award for himself and his big brother. Where exactly will he be? Read on to find out. 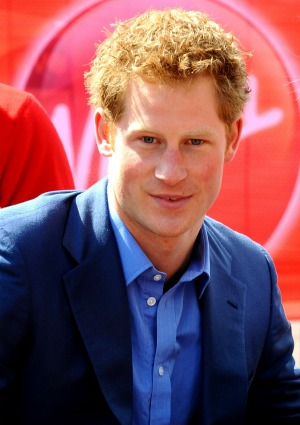 Did you miss your chance to snag a royal when Prince Harry was stateside last fall? You’re about to get a second chance.

Prince Harry is returning to the USA to receive an award honoring him and his big brother, Prince William, for their charitable work on behalf of members of the military.

The Atlantic Council is bestowing the distinguished humanitarian leadership award to the brothers for the work of their charity, the Foundation of Prince William and Prince Harry, established in 2009.

“Prince Harry will use the award to pay tribute to British and American veterans’ charities for their achievements in helping to rehabilitate wounded servicemen and women, and to reintegrate those who have served in the armed forces into civilian life,” said St. James’ Palace in an official royal statement.

On to the most important detail: Where should you go Harry hunting this time? The spare heir will be in Washington, D.C. on May 7 to accept the award, flying in and out possibly within 24 hours. Better sharpen those stilettos! It also doesn’t hurt if you’re a blonde, which seems to be the Harry’s favorite flavor — Pippa Middleton aside, of course.

While Harry might not have enough time to get into too much trouble during this visit, he will be using the event to pay tribute to charities like his that help rehabilitate service men and women, both physically and mentally.