Singer Sinead O’Connor has canceled her world tour due to severe mental illness. Read on to find out how she broke the news to fans. 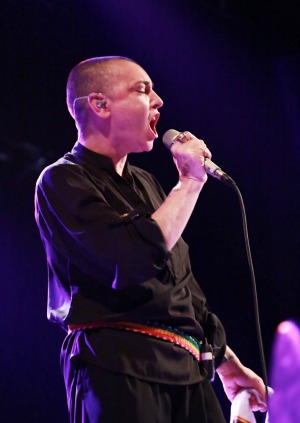 If you were hoping to catch Sinead O’Connor during her 2012 world tour, we’re about to crush your dreams. The singer has scrapped the entire tour — and her own mental illness is to blame.

“With enormous regret I must announce that I have to cancel all touring for the year as am very unwell due to bipolar disorder,” O’Connor wrote on her website.

“As you all know I had a very serious breakdown between December and March and I had been advised by my doctor not to go on tour but didn’t want to ‘fail’ or let anyone down as the tour was already booked to coincide with album release. So very stupidly I ignored his advice to my great detriment, attempting to be stronger than I actually am.”

Sinead O’Connor says divorce is back on >>

“I apologize sincerely for any difficulties this may cause. While touring will be cancelled I do hope and plan to appear at the Curtis Mayfield tribute in The Lincoln Centre in July.”

The singer later tweeted what sounds like a complete separation from the music industry: A plea for a job. “Asking about jobs as music biz is very bad for Sinéad. Any one have a job for a very clever woman with massive heart and courage, who adores people and has to escape music business as is very bad for her? Too much and too many long times away from home. All bad triggers for a woman with a mental illness. Can anyone come and take me home from Munich?”

Soon after she shut down her Twitter account. “This account will close tonight for reasons of wishing to be out of limelight and showbiz. Shall reappear anonymously. Midnight is close down. Goodnight, thank u, u been a wonderful audience. X.”

Tell us: What kind of job would you give Sinead O’Connor?