Time and time again, Jennifer Hudson proves just how strong she really is. Earlier today, she testified on the murders of her mother, brother and nephew. 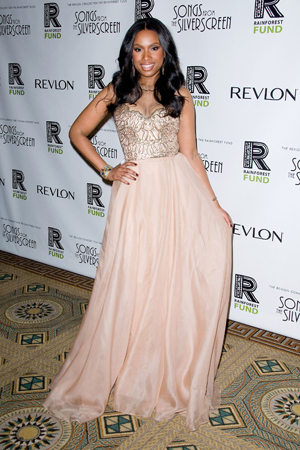 Today marks the first day of Jennifer Hudson‘s family murder trial, as her ex-brother-in-law faces murder charges for a triple homicide from 2008 — the violent deaths of Hudson’s mother, brother and 7-year-old nephew. Though she appeared on the list of potential witnesses, no confirmation was official until, shockingly, the singer was called as the very first witness in the trial, reports E! News.

She took the stand to testify against William Balfour, the estranged husband of her sister, Julia.

“I told her over and over again to not marry him,” Hudson said. “We did not like how he treated her.”

Amid tears, she also told the court she “talked to her [mother] every single day.” She was then asked to describe the last time she saw her family members, which was only a week before their deaths.

“It was my mother, my brother, my sister and my dog,” Hudson explained of a spontaneous visit. “I was so surprised. The whole family is here. That was the last time I saw them… Thank God I had the opportunity.”

In addition to first-degree murder, Balfour also faces charges for home invasion, aggravated kidnapping, residential burglary and possession of a stolen motor vehicle. He has pleaded not guilty to all charges, and the trial is expected to last roughly four weeks.