Demi Lovato is revealing more and more about what drove her to rehab — and now she is opening up about her drug use. Find out what she said in a new magazine article. 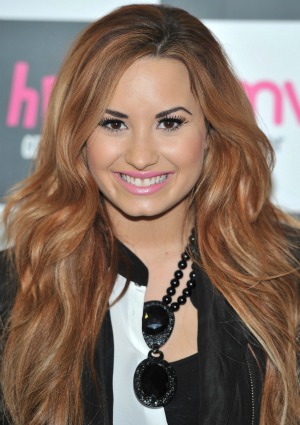 Was Demi Lovato addicted to cocaine? Immediately after she checked into rehab there certainly were rumors that the white powder was her drug of choice, but the star never confirmed or denied it. Now, while she still isn’t saying yes or no definitively, Lovato has come closer to an admission than ever before.

When asked directly by Fabulous magazine if she was addicted to cocaine Lovato demurred from a specific answer, but she did offer up a yes without saying yes.

“It’s something I don’t really want to talk about,” she told the mag. “What I can say is that I was depressed. I would come off stage in front of 18,000 people and suddenly be alone in a hotel room. I’d come crashing down and would try and find a way to recreate that feeling to stay up.”

“Promoters gave me drugs and alcohol in restaurants or clubs. They wanted me to come back so I would be seen there. They were basically kissing my ass.”

“I thought they were my friends. I thought I was having fun. Being a celebrity can be dangerous. Nobody says ‘no.’ That’s why so many end up overdosing and dying. It could definitely have happened to me.”

Lovato previously admitted drug and alcohol use to Seventeen Magazine but has never gotten specific about her substances of choice.

The young actress and singer felt that she couldn’t even turn to those closest to her. “I’d just get scolded if they found out,” she said. “They were worried, but I knew they wouldn’t understand. I had a hard time opening up to friends. People were there for me but I didn’t utilize them. Do I wish I had? Yes.”

The former Disney star spent three months in rehab, which basically sucked, she said — but it did put her on the road to recovery.

“It was really, really hard and scary. I was homesick and lonely and several times I thought f*** it, I’m leaving,” she said.

“But my mom told me I would regret it. This was my only chance. I had 14 hours of therapy a day. I listened to music and learned to knit. When I finally left, it was like being let out of prison.”

But things are definitely looking up for the star. In addition to her hit album Unbroken, Lovato said her head is in a much better place.

“I’m not saying I’m perfect, or fixed, but I am learning to love and accept myself. My outlook is more positive and I am happy,” she said.