Adorable actress Carey Mulligan married Mumford & Sons’ Marcus Mumford over the weekend in a star-studded ceremony. Find out why these two were really meant to be together. 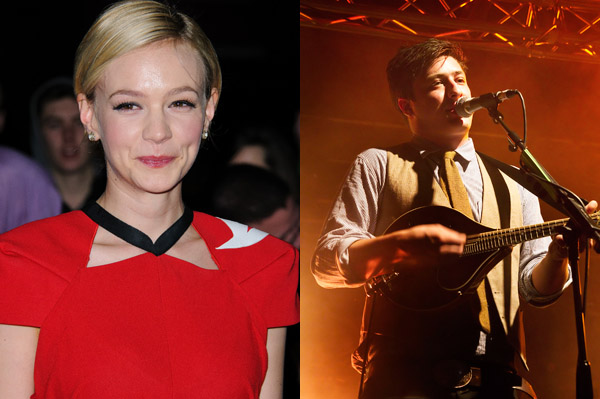 All celebrities who actually want privacy (rather than just pretending to want it) need to take cues from Carey Mulligan. The Drive actress married her fiancé of nine months, Marcus Mumford, in a star-studded ceremony in Britain over the weekend — and no one knew about it until it was over.

Mullian, 26, married the Mumford & Sons star on Saturday at Stream Farm in Bridgwater, Somerset in England. The bride reportedly wore a custom Prada gown with Wellington rain boots, according to US Weekly. Guests included Colin Firth, Jake Gyllenhaal and Sienna Miller. Adele reportedly performed during the ceremony, according to the U.K. newspaper The Sun.

The couple started dating after Mulligan and Gyllenhaal caught a Mumford & Sons show in Nashville in February 2011.

“At the end of the night there were just the musicians, Jake, Carey and the Mumford boys,” a source told US Weekly at the time. “We had some pizza, and just played music. Jake picked up a guitar and Carey joined in on ‘Amazing Grace.’ Marcus and Carey seemed really friendly.”

However, it turns out that wasn’t their first meeting. The now-married pair were actually pen pals as schoolchildren growing up in England, according to the U.K. Daily Mail. They lost touch over the years as both grew into their respective fields and dated other people — Mulligan was in a longtime relationship with Shia LaBeouf.

So, these two are pretty much meant to be, right? We’d like to think so — and hopefully their babies will be just as adorable as they are.