After years of trying, Bill and Giuliana Rancic are finally having a baby! Was Giuliana able to get pregnant or did the couple resort to alternate methods? Read on to find out. 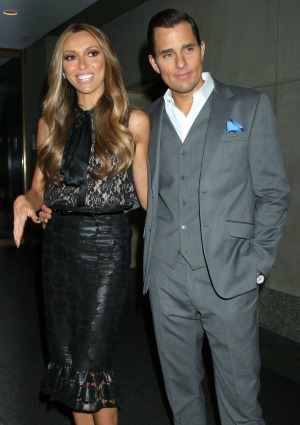 Giuliana Rancic has always been open about her fertility struggles — and now she is happy to announce her baby dreams are finally coming true! The TV personality and her husband Bill Rancic announced today that they are expecting their first baby!

“We are so thrilled that our prayers have been answered,” Giuliana told E! News.

Added Bill, “We are absolutely ecstatic to be sharing this with everyone who has been following our journey.”

The baby is due in the late summer and will arrive via gestational carrier. Like Nicole Kidman’s baby Faith, Giuliana and Bill’s new baby is genetically 100 percent theirs — meaning Giuliana’s egg was fertilized with Bill’s sperm and implanted into a surrogate.

Giuliana and Bill’s struggles with fertility have been well-documented through their reality show Giuliana & Bill, including unsuccessful IVF treatments and a heartbreaking miscarriage.

Giuliana’s breast cancer battle also put a damper on the couple’s attempts at conception, leaving them unclear on whether more treatments or pregnancy could adversely affect her health or if it was even still an option for her.

“We received an incredible amount of love and prayers from viewers around the world,” Giuliana said, “and we want to take this opportunity to thank each and every one of them for their love.”

Congrats to Giuliana and Bill on the fabulous news!