The cast of Iron Man 3 is growing. Veteran actor Guy Pearce is in final talks to join the upcoming superhero sequel. Pearce just came off an action-star turn in the science fiction film, Lockout. 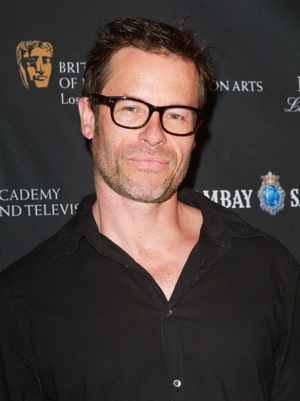 With The Avengers hitting theaters next month, Marvel has turned its attention to Iron Man 3. The latest sequel in the superhero franchise will mark the return of Robert Downey Jr. as the title character, while welcoming newcomer Guy Pearce.

The Avengers trailer is finally here! >>

Variety is reporting that Pearce has signed on for an integral role in the film. He’s set to play a geneticist called Aldrich Killian.

Iron Man 3 will be loosely based on Warren Ellis’ Iron Man: Extremis story arc, which appeared in the comic books.

The Killian character “co-created the Extremis technology that Iron Man adopts after Killian sells it to terrorists.”

The film will supposedly focus on “the spread of a virus through nanotechnology.”

Pearce is taking the sci-fi fantasy genre by storm. After his award-winning turn in HBO’s Mildred Pierce, he headlined this month’s action flick Lockout and in June, he’ll appear in Ridley Scott‘s Alien prequel, Prometheus.

Production on Iron Man 3 begins this May in North Carolina.

Jon Favreau confirms he will not be directing Iron Man 3 >>

Iron Man 3 will be directed by Shane Black and opens in theaters May 3, 2013.

What do you think of Iron Man 3‘s latest addition?