Rebecca Black of the hit song “Friday” might need to pass the horrible-song-that-goes-viral baton to Drew Garrett and Lauren Willey who just released “Hot Problems.” 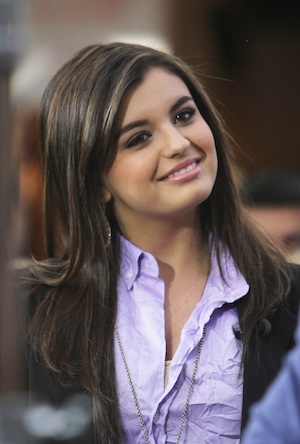 What do you do when you’re 17-years-old and bored? If you have a best friend with the same problem, you might just make a YouTube video. And if you want to get the message out that you think you’re extra attractive? Follow Drew Garrett and Lauren Willey’s plan and make a song called “Hot Problems.” Their video received 2 million views in less than one week. Either people can really relate, or it’s just too hilarious not to share.

You can watch the video below. We admit “Hot Problems” was very hard to get through without completely cringing. And we even had to pause the song for a few minutes to give our ears a much needed break. Dubbed as the “official single” from the two high school seniors, the song’s lyrics may serve as inspiration for mean girls everywhere. ABC News even says it’s a contender for “the worst song ever.” Take that Rebecca Black.

The video shows the girls semi-dancing and kind of singing in a limo as they stare at the camera. The introduction to the song is innocent enough: “Look at me and tell me the truth/What do you do/When people don’t know/What we go through,” but takes a turn for the worse just a few lyrics later. “Please don’t get me wrong/I know that I’m hot/Textbook perfection really takes a lot/Weird guys call my phone/And girls call me names/Like Miley said ‘I can’t be tamed.'”

Abbie Boudreau from ABC News sat down with Double Take to find out more about the song’s roots and the teenage girls’ future in music.

Garrett and Willey explained the video and song were meant to be harmless. “We wanted something fun to show our friends. We really didn’t mean anything from it,” said Willey. These high school seniors hail from Los Angeles and admit they don’t have much vocal talent. Garrett says, “We knew that we couldn’t actually sing… so we decided to go for more of a talking singing.”

And the irony in all this? Neither Garrett nor Willey have dates for the prom. Maybe they can add it to their list of “Hot Problems.”