Jennie Garth just wants to help other women find their way through the emotional maze of divorce. Read on to find out what she had to say to Ellen DeGeneres about why she’s talking about her split so much. 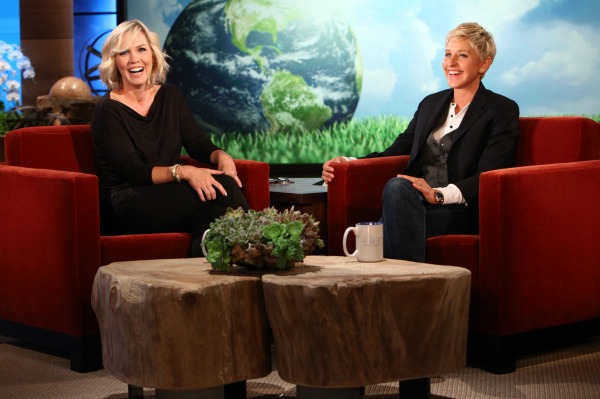 Jennie Garth has pretty much not stopped talking about her impending divorce from Peter Facinelli since it was announced, and she says that while it’s a difficult matter to discuss she is doing it to help other women who are going through the same thing.

That’s right, it totally has nothing to do with keeping her in the news cycle to promote her upcoming reality show. Nope. Nothing like that at all.

“[The divorce isn’t] something I’m dying to talk about, but it’s something that’s going on in my life: I’m not ashamed to talk about it,” Garth said during an appearance on The Ellen DeGeneres Show.

“I think by being open and honest with what I’m going through, maybe it helps somebody else. I know, I’ve heard from a lot of people that it helps them, maybe with what they’re going through — I’m not afraid to talk about it.”

And while she and Twilight star Facinelli are no longer committed to each other, she said they remain “committed [to] being there for our girls,” referring to daughters Luca, Lola and Fiona.

“That’s the most important thing for us,” Garth said. “I think at first, I wasn’t sure how I was going to make it through, but I really learned that I am so much stronger than I thought I was. And, if I can help other women touch into that… you know, their strength.”

Garth and Facinelli announced their split in March. Although rumors were rampant he was cheating while filming The Twilight Saga: Breaking Dawn — Part 2 in Canada, Facinelli denied breaking his marriage vows.