Certified crazy man Mel Gibson has a new film coming out, Get the Gringo. Will you still see it, despite his recent scandals? 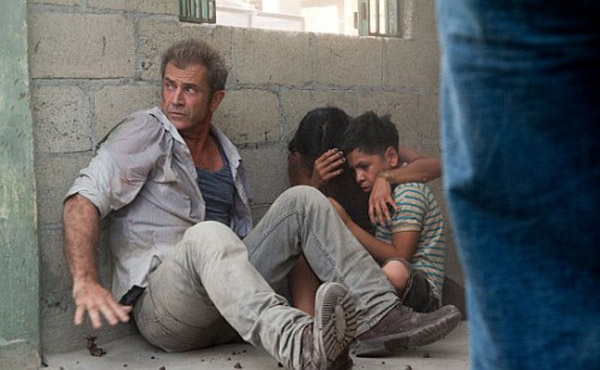 The official trailer and movie poster for Mel Gibson’s new movie, Get the Gringo, are now out, but the film probably doesn’t need them. The film likely already has built-in interest, thanks to Gibson’s recent freakout on a screenwriter for another of his films, The Maccabees.

Joe Eszterhas came out last week saying that he and Gibson have had heated altercations over his Jewish background.

“You continually called Jews ‘Hebes’ and ‘oven-dodgers’ and ‘Jewboys,'” Eszterhas wrote in a letter to Gibson. “It seemed that most times when we discussed someone, you asked ‘He’s a Hebe, isn’t he?’ You said most ‘gatekeepers’ of American companies were ‘Hebes’ who ‘controlled their bosses.'”

“You said the Holocaust was ‘mostly a lot of horseshit.’ You said the Torah made reference to the sacrifice of Christian babies and infants. When I told you that you were confusing the Torah with The Protocols of the Elders of Zion… you insisted ‘it’s in the Torah — it’s in there!’ (It isn’t).”

The letter was letter backed up with tapes featuring Gibson in full meltdown mode.

“‘Why don’t I have a first draft of The Maccabees? What the f*** have you been doing?'” Gibson screamed on the tape.

Some think the notorious anti-Semite is bipolar and off his meds, but he managed to keep it together to film Get the Gringo.

Oh, that’s right — he actually has a film to promote. So, what is it about?

“Get The Gringo is an R-rated fastball down the middle for Gibson fans. Directed by Adrian Grunberg from a script he wrote with Gibson, the film has action, dark humor and plenty of violence,” according to Deadline. “Gibson plays Driver, who, during a high-speed car chase with the U.S. Border Patrol and a bleeding body in his back seat, crashes into the border wall as he tries to escape. He survives, only to be placed inside a hard-core Mexican prison where he enters the strange and dangerous world of ‘El Pueblito.’ There, he finds unlikely survival guidance from a 10-year-old kid who shows him the ropes.”

The film is set for Video On Demand release on May 1 with a theatrical release later this year.

Watch the trailer for Get the Gringo:

Will you see any of Mel Gibson’s movies?