Tyra Banks is on a firing rampage! The America’s Next Top Model figurehead has fired three of the shows most recognizable faces. 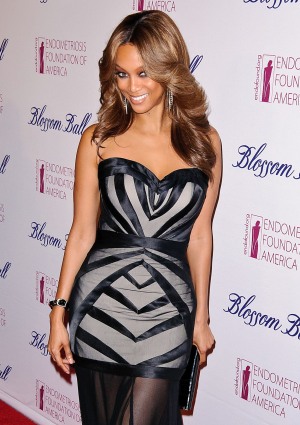 What would America’s Next Top Model be without Mr. Jay, Miss J. and Nigel Barker? Fans are about to find out, thanks to Tyra Banks‘ firing rampage.

The trio, each of whom have appeared on Top Model for numerous seasons, found out Thursday their contracts would not be renewed for the upcoming Cycle 18.

“To my Nigel Barker, Miss J., and Mr. Jay: Thank you for all of our years together on America’s Next Top Model. Working with you is always an absolute pleasure. Excited for what the future holds for us.”

In a statement releasing news of the ANTM firings executive producers told Us Weekly, “Nigel Barker, Jay Manuel and J. Alexander have been an integral part of the America’s Next Top Model brand and they helped turn this show into the household name it is today. They have been amazing assets to the show and will always be a part of the Top Model family. We will continue to actively work with each of them on future projects.”

Moments after word of the ANTM firings broke publicly Friday, Jay Manuel (“Mr. Jay”) posted this statement on his own site:

Thank you all for your kind words. It’s true, after 18 cycles, I will not be returning to America’s Next Top Model.
Most importantly, I must give a big thank you to all our fans! It’s been extraordinary being a part of an such an amazing brand that we all worked hard to build. From the first cycle you embraced us and nine years later, we still feel that love. I’ve truly been blessed to work on a show that was recognized and loved around the world. I’ll take with me memories and lessons that will last a lifetime.
Nigel, Miss J and I had a great run, and now it’s time for us to move on. But you know me… I’m already working on many interesting projects. I look forward to sharing with you soon!
Much love,
-Jay
XOXO

Will Tyra Banks’ America’s Next Top Model firings change how much you watch the show?