Celebrities — they are just like us, or are they? These five noteworthy celebrity memoirs relate the stories of getting ahead in spite of adversities, of unusual paths to the “happily ever after” and of the family bonds that persevere — famous or not.

Are you a fan of Real Housewives and the show’s hilarious host, Andy Cohen? Then his memoir, Most Talkative, will be a new guilty pleasure while you wait for the next episode.

His exuberant interviews on Bravo are the perfect showcase of Cohen’s obsession with everything television and pop-culture — his interest since a young age. As a boy, Cohen often sent his mother letters from summer camp reminding her to tape the soap operas. That interest eventually earned him a spot on Bravo as a reporter covering Charlie’s Angels and All My Children. Today Cohen is in charge of Bravo’s burgeoning reality-TV empire.

His newest venture into the world of books is as funny and full -of-heart as Cohen himself. Most Talkative is full of tales of mishaps, stories behind the Real Housewives, Cohen’s encounters with stars he admired in his youth and much more.

Just a few years ago, most of us had no idea who Jane Lynch was. Today, she’s seemingly everywhere — most notably as the cheerleading coach we all love to hate on Glee. But the road to stardom was not always an easy one for a teenager from Dolton, Illinois, as Jane Lynch humorously relates in her new memoir, Happy Accidents.

A drop-out from her high school play, The Ugly Duckling, Lynch dreamed of becoming an actress like her idols — Ron Howard and Vicki Lawrence. Hollywood directors were not so optimistic about Lynch’s prospects, and she often heard back that “professional experience was a requirement.” Lynch persevered, and her experiences of moving back with her parents at the age of 25, selling flea collars on a home-shopping network and so on made her a stronger person and a better actress.

Happy Accidents is both entertaining and inspirational — a must-read for Glee fans and anyone chasing their dreams while remaining true to who they are. 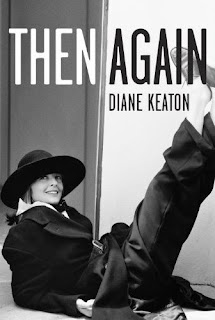 Then Again has been named one of the 10 best books of the year by The New York Times, People and Vogue. That’s a tough title to live up to, but Diane Keaton rises to the challenge.

Then Again is a memoir of the woman best known as Annie Hall, but it is also an ode to Keaton’s mother, the loving Dorothy Hall. Their mother-daughter bond shaped Keaton’s life and defined the woman she is today, and Keaton did not think she could write a memoir without writing about her mother as well. Over the course of her life, Dorothy kept 85 journals, and those intimate pages provide the reader with an insight into her life, her marriage and her children, as well as Keaton’s grandparents.

More than a memoir, Then Again is the story of an American family spanning nearly a hundred years — their struggles, their accomplishments and their relationships with each other. Despite Keaton’s stardom status, it is a story many families will relate to.

Girl Walks into a Bar

Rachel Dratch was a star on Saturday Night Live, but after her exit in 2006, the comedian seemingly dropped off the face of television. Where did she go?

Cast as Jenna on the pilot of 30 Rock and then replaced by Jane Krakowski, Dratch was only offered roles as “Lesbians. Secretaries. Sometimes secretaries who are lesbians.” In a career standstill, Dratch turned to yoga, dog-sitting, learning Spanish — and dating. She was having drinks with friends when she met John. After a whirlwind six-month romance, the 40-something Dratch became pregnant, and John moved to New York City to be a dad.

Girls Walks into a Bar is Dratch’s own hilarious version of “happily ever after” and of the unexpected blessings of a career hiatus. 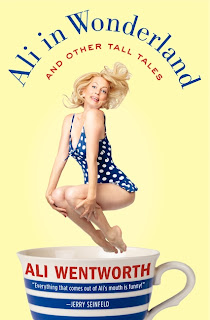 Growing up amid politicians as the daughter of Ronald Reagan’s White House social secretary and later married to George Stephanopoulos, Ali Wenworth has lived quite a life. Her off-the-wall antics and prowess in comedy made her stand out from her blue-blood peers, and those qualities are precisely what makes Ali in Wonderland so uproariously funny.

With her signature style, Wentworth describes her childhood in Washington, her time in a New England prep school — a school Wentworth refers to as a psych ward, her days doing LA sketch comedy and the long string of failed, and often inappropriate, loves. Her trials and failures have a happy ending as Wentworth found Mr. Right and is the mother of two girls — who eat cotton candy before bedtime. But whether telling of sad or happy moments of her life, Wentworth is always tongue-in-cheek funny and has an infectiously-optimistic attitude that comes through on every page of Ali in Wonderland.