Great road trip game or something more? Read on to find out how actor Kevin Bacon turned what was once a hated part of his Hollywood legacy into a chance to do good. 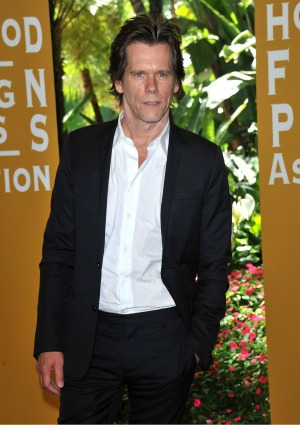 Although Kevin Bacon says he was once “horrified” that his career was turned into a party game, the actor has since embraced the fun and turned it into a chance to do good.

While speaking at the 2012 National Make A Difference Day Awards on Thursday, the prolific performer revealed what made him start his charitable foundation SixDegrees.org.

“I thought… is there something that’s branded with me in some kind of a way that I can use? And I didn’t really like the sound of The Footloose Foundation,” he joked during his keynote speech.

“With the six degrees idea, if you take me out — which is really what you should do — it’s a beautiful concept because the truth is that we are all connected.”

He didn’t always have this generous attitude, but as his success grew he realized that giving back is a family tradition.

“But in fact, when I look back at my childhood, my mother was very, very involved in all kinds of organizations. Extremely motivated and she sometimes would drag me to things as a little child, and I think that while I didn’t realize it at the time, it was kind of laying the groundwork for the idea that it makes you feel good to give back. I’ve already seen that in my kids, and I think it’s something that is just going to continue.”

Those kids would be 22-year-old Travis and 20-year-old Sosie with his wife Kyra Sedgwick.