A tape of Mel Gibson screaming obscenities at a screenwriter and his family has been released to the press. Is the notoriously temperamental actor actually mentally ill? 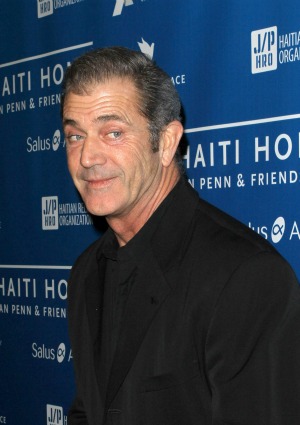 Joe Eszterhas is not one to make idle threats. The Maccabees screenwriter released a tape of Mel Gibson screaming obscenities at his family, including Eszterhas’ 15-year-old son, and it begs the question: Could Gibson be mentally ill?

“‘Why don’t I have a first draft of The Maccabees? What the f**k have you been doing?'” Gibson can be heard screaming on the tape, then references his estranged baby mama Oksana Grigorieva.

This obviously is not the behavior of a normal person, but it is the kind of rage he displayed in similar tapes made by Grigorieva. Is it possible Mel Gibson is mentally ill? One source says yes.

“It’s clear to me from listening to the recently released tapes that he most likely isn’t taking his medication, which is sad because when he was taking it he was so much calmer and rational,” the source told RadarOnline.com while revealing the actor suffers from severe bipolar disorder.

Eszterhas agrees. “The bottom line is it shows to me he badly needs help,” he told The Wrap. “My interest isn’t to damage him with this tape but to prevent damage being done to others, starting with Jews, including Oksana and now, I’m sure, me. I strongly believe that unless he seeks and receives some kind of psychiatric help, someone is going to get hurt.”

Fun fact: After Britney Spears‘ spectacular 2007 breakdown in which she displayed classic symptoms of bipolar disorder (reps never confirmed a diagnosis), Gibson gave her and her family free reign of his Costa Rica home.