The third annual TCM Classic Film Festival in Hollywood welcomed legendary film icons to the four-day event, including Kim Novak who had an imprint ceremony at Grauman’s Chinese Theatre. 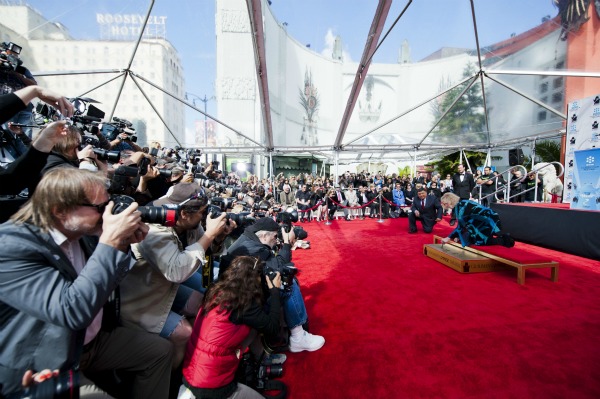 Kim Novak partook in a Hollywood tradition enshrining her hand and footprints in cement at the glorious Grauman’s Chinese Theatre; Liza Minnelli, Michael York and Joel Grey walked the red carpet for the Cabaret restoration premiere; Debbie Reynolds talked about her role in How the West Was Won; Kirk Douglas sang to the audience his famous tune from Walt Disney’s 20,000 Leagues Under the Sea; Robert Wagner shared stories from the film, The Pink Panther; and Angie Dickinson spoke about the making of Rio Bravo. While each event sounds as though it was an extraordinary time in history taking place decades ago when these famous films were made — it actually all happened at the 2012 TCM Classic Film Festival held April 12-15. 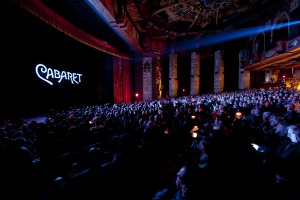 Even with the normal hustle and bustle of tourists up and down Hollywood Boulevard, there was an exciting buzz that added to the nostalgic atmosphere in Hollywood as the third annual TCM Classic Film Festival took place. Attendees had the opportunity to indulge in a little over 80 special screenings of classic films with live appearances by the stars that made them during the four-day festival. The directors, actors, actresses, costume designers and make-up artists shared a treasure trove of stories about working with other colleagues, filming in exotic locations, revealed behind-the-scenes secrets, talked about their long-standing careers and explained what it was like being a part of the Golden Age of Hollywood. 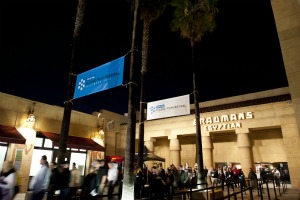 TCM hosts Robert Osborne and Ben Mankiewicz were on hand taping segments and conducting interviews for the television channel Turner Classic Movies — which celebrates its 18th birthday this year — along with greeting their many fans. Events were held at famous and historic sites in Hollywood including the Hollywood Roosevelt Hotel, Grauman’s Chinese Theatre, The Chinese 6 Theatres, The Cinerama Dome, Avalon Hollywood and The Egyptian Theatre.

All of the films screened at this year’s festival fit into one of the 10 themes TCM selected: Built by Design: Architecture in Film, Deco Design, Discoveries, Essentials, The Films of Stanley Donen, The Legendary Costumes of Travis Banton, The Noir Style, The Paramount Renaissance, Special Presentations and Universal’s Legacy of Horror.

Some fan favorites included Criss Cross, Sabrina, Cleopatra, Singing in the Rain, Snow White and the Seven Dwarfs, Frankenstein, Casablanca, The Thief of Bagdad, Dr. No, Auntie Mame, The Searchers, Funny Face, The Women and Vertigo. 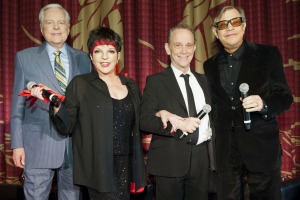 Dozens of stars walked the red carpet during the gala opening night screening of the newly restored Cabaret with appearances by York, Grey and Minnelli who paused during her press interview to wave to her fans across the street much to their delight.

“I feel like we’re in this together — I wouldn’t be here if it wasn’t for them. I’m just grateful and I’m having fun,” enthusiastically explained the Oscar winner who added, “It’s very exciting! You know, the film was damaged and Warner Brothers restored it so to finally see what Bob Fosse actually did which is extraordinary. It’s very dark and sexy and interesting.” 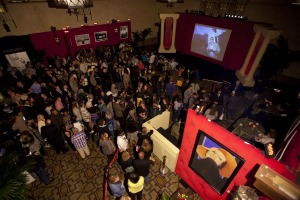 TCM celebrated director and choreographer Stanley Donen, whose great contributions to film include On the Town, Singing in the Rain, Funny Face, Royal Wedding, Charade, Seven Brides for Seven Brothers and Two for the Road. During the screening of Funny Face Donen talked about the challenges of making a film.

“There’s nothing easy about making a movie — there’s fight, there’s pressure, it’s time, it’s money, is this any good? Am I doing the right thing? Why don’t the actors like what I’m suggesting? How can I talk them into it? It’s all worry,” he explained to a very attentive audience inside Grauman’s Chinese Theatre before the screening of Funny Face.

Donen worked with style icon Audrey Hepburn in both Funny Face and Two for the Road. He was captivated by her, telling the crowd she was a true delight to work with on both pictures. 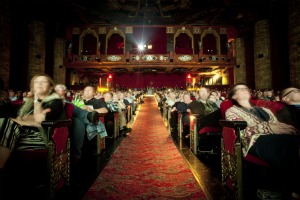 “She was magical and my friend Billy Wilder said about her, ‘You know what Audrey had, you can’t learn and you can’t teach’ he said, ‘God made her — that was that,'” Donen said to those in attendance who truly enjoyed listening to his memories and erupted into a thunderous applause when he finished.

During the imprint ceremony at Grauman’s Chinese Theatre, Kim Novak told the crowd how happy she was to return to Hollywood and join only a select few who have left their mark on the Forecourt to the Stars which had its inaugural ceremony on April 30, 1927 with Mary Pickford and Douglas Fairbanks.

“I come back here with great appreciation for film it’s been good to me and I must say I have good feelings, warm feelings about it because I was privileged to be in a lot of wonderful movies. Vertigo especially was really famous and what an honor it is to be here today to be able to actually leave my mark with my hands and my feet in cement to say that yes, I too was a part of this,” she said before signing her name and placing her hands and feet into her cement block. 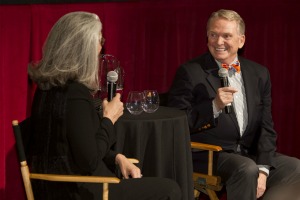 Renowned costume designer Bob Mackie has designed for many stars such as Carol Burnett, Diana Ross and Cher. He recalled his first job in the industry working at Paramount Studios. “I use to just wander onto the set and watch; it was fascinating,” he remembered.

While working at Paramount, Mackie had the opportunity to learn the ropes under famed costume designer Edith Head, “I loved working with her very much because she let me do what I wanted. She would tell me, ‘Read the script and draw what you think is right,’ and then she would come back and she’d say, ‘Oh, that’s good,’ and take it with her,” he fondly reminisced.

While talking about two of her movies being shown at the TCM Film Festival, How the West Was Won and Singing in the Rain, Reynolds the ever entertaining and energetic actress quipped, “How the West Was Won is a great film and they’re going to do a special event for that and I will be there, Singing in the Rain I will be there — I guess they invite me because I’m the only one living!” 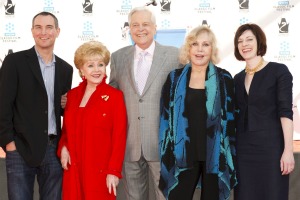 This year Hollywood celebrates its 125th birthday and through the decades, it has produced countless contributions to the film industry that have entertained and inspired many. For some it’s provided a land of opportunity where dreams have come true, and for those who attended the TCM Classic Film Festival, they were surrounded by history and transported to a magical time gone by but certainly not forgotten.