DUI, dad in denial and a refusal to go to rehab? Amanda Bynes’ headlines are reading a lot like Lindsay Lohan’s used to. Has another child star lost her way? 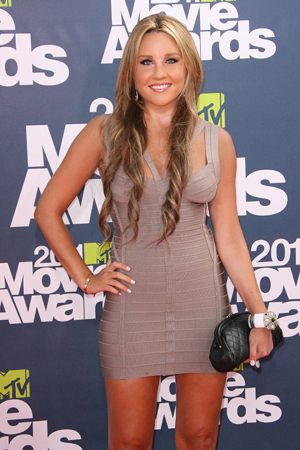 Though Amanda Bynes‘ criminal record faintly resembles that of Lindsay Lohan, her loved ones are running to her defense and calling the comparison ludicrous.

“Amanda thinks it’s extremely unfair that people are calling her the new Lindsay Lohan,” said a source close to the actress to RadarOnline.com exclusively. “Comparisons between the two are just ridiculous as Amanda has never been arrested for drug possession or for stealing anything. Yes, she got arrested for a DUI, but that doesn’t mean that she is headed down the same road as Lindsay.”

The source clarified that it’s not anything personal to Lindsay either, and takes a stab at Hollywood altogether.”Amanda doesn’t harbor any negative feelings towards Lindsay, she doesn’t even know her, she just thinks it’s sexist that the two are being compared. Men in Hollywood that get arrested for DUI’s don’t face the same scrutiny that women do and that is what really irks Amanda. She isn’t taking the DUI arrest lightly.”

Unlike her father, Bynes’ friends have been urging the actress to check into rehab, but she is refusing. “Amanda has been in a downward spiral for the last six months,” the insider revealed. “Even though her dad publicly said she doesn’t drink he knows she has a problem. It’s truly sad to witness.”