Adele and Rihanna are just two of the celebrities included on Time magazine’s list of the 100 most influential people in the world. Read on to find out what other stars had to say about the two powerful women. 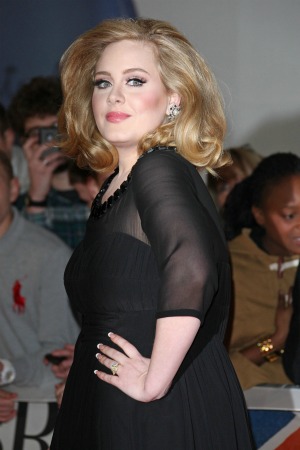 Rihanna and Adele are just two stars featured in the Time 100: A compilation of the world’s most influential people. To honor them, the magazine had other celebrities write up why exactly these peeps are so special — and we get to share a couple with you!

The ode to Rihanna was written by her fashion designer pal Stella McCartney, who said, “She’s one of the coolest, hottest, most talented, most liked, most listened to, most followed, most impressive artists at work today, but she does it in her own stride. She works hard, very hard. She gives to her fans, friends and foundation not just herself but her energy and spirit.”

“Rihanna, 24, goes out of her way to support the people she believes in. She is one of the few people I know in that world of fame and celebrity who aren’t all about themselves. She’ll give a real part of herself to an ordinary person she may meet, and that’s rare.”

Adele was given props by Pink, who wrote, “There are a few artists in my life who I can think back and remember where I was when I first heard them. When you’re so utterly moved by something that you know you’ll never be the same again. When I first heard Adele, I was on tour, alone in a hotel room in London, watching her sing from a rooftop on YouTube — a song called ‘Hometown Glory.’ I thought, Who is this creature? This voice! Her tone! Why is the entire world not watching this video?”

“Her success renews hope in me that the world I live in has good taste — that we still occasionally come back to what’s simple, and simply amazing.”

52 mins ago
by Jennifer Edelston