Dating shows today are fun — we love a good rose ceremony — but what about those from the ’90s? Get ready for a flashback with NBC’s Love in the Wild. 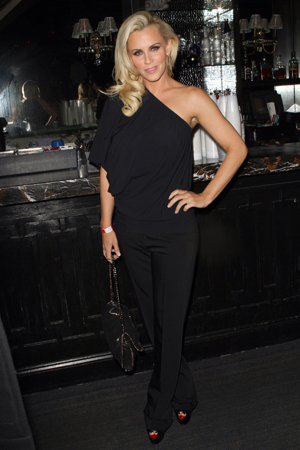 If you weren’t into the first season of Love in the Wild, give it another chance. Not only has the network booked Jenny McCarthy to host Season two, but the former Singled Out personality swears that she’ll be reviving the vibe of her hilarious ’90s MTV series on the NBC show.

“I said ‘yes’ as long as we could bring Singled Out Jenny back to TV,” said McCarthy to reporters Wednesday at NBC’s Summer Press Day in Pasadena, California according to The Hollywood Reporter. She noted that she’ll bring comedy and “more pizzazz” by doing things like “messing” with contestants.

“She comes with a comedic background, she’s about to host her own talk show and when you have people with those kinds of skills, you let them find the comedy,” said Love in the Wild‘s executive producer Tom Shelly.

Producers revealed that both the Season one winners and runners-up are still together. “So far, we have a pretty good track record for one season,” Shelly said.

Such statistics will only be helped by McCarthy’s hosting role. “Jenny McCarthy is a multi-faceted performer who will bring real life insight to the world of dating,” said David Goldberg, Chairman of Endemol North America, when the gig was first announced.

He added, “McCarthy knows a thing or two about being wild and we couldn’t think of a better person as our new host. Her infectious and comedic personality will bring a new dimension to season two.”

Love in the Wild will return for a second season with a special two-hour premiere from 8-10 p.m. EST on Thursday, June 7. The show will then move to its regular 9 p.m. EST slot beginning the following week.