Christina Aguilera definitely does not have Bieber Fever. See how The Voice judge gave the teen idol the cold shoulder last night — and why. 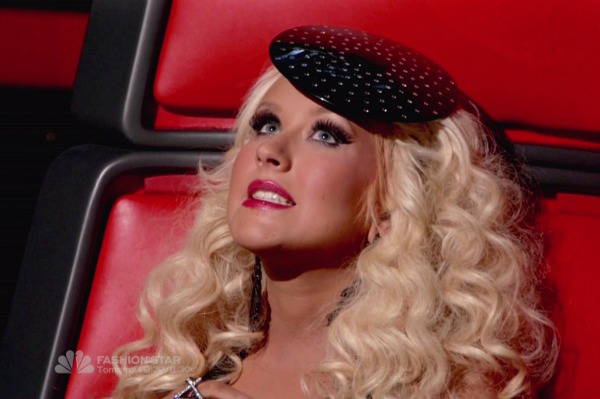 Justin Bieber is an object of lust for teenage girls all over the world, but one grown woman is not having his so-called charms.

Bieber performed on last night’s episode of The Voice, and afterwards was totally snubbed by Christina Aguilera when he tried to give her a hug and a kiss.

As you can see from the video below, Aguilera — clearly not a Belieber — had nothing for him but a “Dirrty” look.

Post show, she was complimentary of Bieber’s stage presence but had nothing to say about his talent.

“You know, he’s definitely popular with the ladies and he came on the show tonight and it was a fun burst of energy,” Christina told HollywoodLife.com. “He is really a charismatic guy and cute.”

The secret behind Christina Aguilera’s fresh look on The Voice >>

So what is the deal? Could Aguilera not even pretend to be gracious? Sources say that she certainly didn’t mean to be rude, but her mind was definitely elsewhere: Namely, on the emotional eliminations she had to make.

Aguilera made the controversial decision to send Jesse home, shocking both fans and her fellow judges. “I am no stranger to controversy, and I am OK with that. Look, I am fearless in the face of what I believe and I will defend every action that I make,” she explained. “Jesse will go on and touch people with his voice. I wish him all the best.”

In addition to the instant elimination, Aguilera also had to decide whether to send Lindsey or Ashley packing — a decision which was obviously a tough one for her. “I really love these two girls a lot,” she said with tears in her eyes.

Anyway, Bieber didn’t miss the kiss. He has girlfriend Selena Gomez at the ready to supply as many smooches as he wants.

The Buzz: The Voice recap including a visit from Justin Bieber