The hotness of the Fifty Shades of Grey trilogy — with E L James’ graphic depictions of a certain flavor of bedroom fantasies — is leaving a wake of controversy and endless commentary among women. James talks to U.S. media for the first time and reveals the whirlwind of the books’ success has her after a certain something — alcohol, that is. 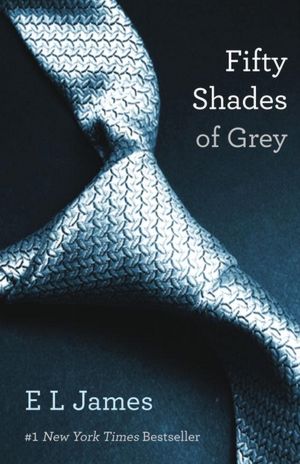 E L James may not be a name that sounds familiar to you but you might be familiar with her first novel, Fifty Shades of Grey — and maybe even her other two, Fifty Shades Darker and Fifty Shades Freed. These three books comprise the Fifty Shades trilogy. Even if you haven’t read them, you’ve no doubt heard that the books are creating a media craze.

The LA Times reports the books first hit shelves in the U.S. on April 3, 2012. Since then the Fifty Shades trilogy has risen to the top of numerous bestseller lists, including The New York Times and Amazon.

One Amazon reviewer might have revealed the apparent appeal of the trilogy in a few short words: “Deeply Disturbing, Compelling and Completely Addicting.”

In the past few days James decided to speak to a few U.S. news outlets, notably ABC’s Good Morning America, and NBC’s The Today Show.

Elizabeth Vargas sat down with James in her interview with Good Morning America and the The Fifty Shades of Grey author was surprisingly casual and down to earth. James explains she was not searching for fame nor has she had time to process the overwhelming response to her Fifty Shades series. James tells Vargas she initially posted what would later become Fifty Shades of Grey on a Twilight fan site — after James was inspired by Stephenie Meyer‘s love story between characters Edward Cullen and Bella Swan.

James even tells The Today Show that Fifty Shades of Grey represents some of her own fantasies. “This is my midlife crisis, writ large,” she said. “All my fantasies are in there [the trilogy], and that’s it.” Feeling the need to explain Fifty Shades’ premise she says, “Once you’re in charge of your job, your house, your children, getting the food on the table, doing all of this, all of the time, it’d be nice for someone else to be in charge for a bit maybe,” revealed James.

James’ has perhaps unwittingly sparked a literary phenomenon with a new cultural conversation about feminism, sexism and what some modern women do or don’t want in the bedroom. According to a recent cover story on Newsweek magazine by well-known feminist Katie Roiphe titled, “Spanking Goes Mainstream,” Fifty Shades of Grey removes the curtain on preferences that are pervasive among most women and speaks to women’s inner desires for submission, which not surprisingly, garnered its own backlash.

And what started as an innocent love story — okay maybe not so innocent — Fifty Shades of Grey has millions of men and women discussing the cultural significance of the type of sexual relationship seemingly made mainstream by James. So what exactly does James want to do next? When asked by Vargas during her interview for Good Morning America, James replies, “Go and lie down in a small dark room somewhere. Or, preferably [a] beach somewhere with a very large cocktail.”

56 mins ago
by Ellen Niz