Anna Faris is CinemaCon’s comedy star of the year. The Hollywood beauty will be honored later this month in Las Vegas for her contributions to the hilarious genre. She’ll be following in the footsteps of previous winners Russell Brand and Zach Galifianakis. 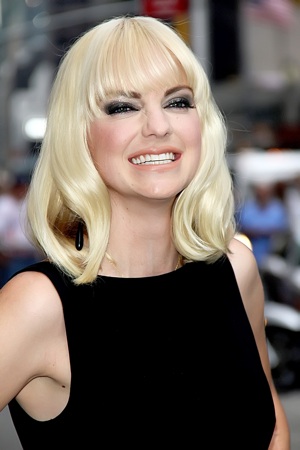 Who says women can’t be funny? Anna Faris has earned her stripes as one of the most hilarious ladies in Hollywood and CinemaCon has taken notice.

The annual gathering, which consists of theater owners from across the country, has chosen Faris to be honored as their comedy star of the year.

According to The Hollywood Reporter, CinemaCon will run from April 23-26 and take place at Caesars Palace in Las Vegas, Nevada. The big awards ceremony will be held the last night of the convention gala.

CinemaCon’s general manager Mitch Neuhauser released a statement congratulating Faris on her honor and explaining why she deserved this year’s comedy award.

“With signature no-holds-barred approach, Faris best exemplifies the spirit and nerve of comedy cinema today,” said Neuhauser. “Her charm and unassuming wit capture our hearts time and again with each new performance.”

Over the course of her career, Faris has appeared in several top-notch comedies. Back in 2000, she made a big splash as Cindy Campbell in the Scream parody Scary Movie, before landing roles in The Hot Chick, Lost in Translation, What’s Your Number?, The House Bunny and Observe and Report. She even had a role on NBC’s Friends.

Faris’ next big screen project is the highly anticipated Sacha Baron Cohen film, The Dictator, which opens May 16.

What do you think of Faris winning the comedy award at CinemaCon?