The adorable little girl who starred in Matilda is all grown up — but don’t expect to see her in front of the camera again. Here’s why. 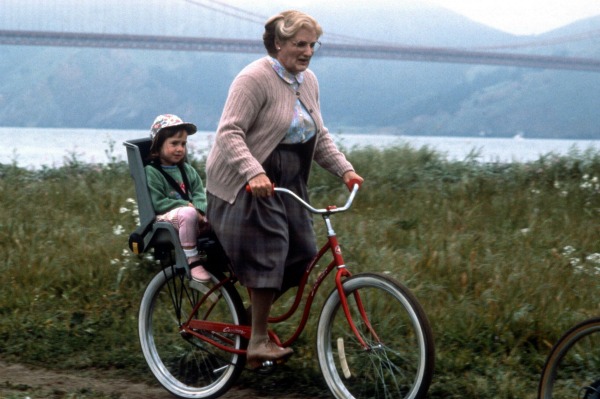 Many child stars desperately seek to cling to their fame, only to find the biz has no use for them when they’re not cheek-pinchingly cute anymore. A rare few choose to walk away — and Mara Wilson is one of them.

The adorable star of Matilda now works as a playwright and voiceover artist, and said she has absolutely no longing to appear in front of the camera again because, well, it kinda sucks.

“Here is something no real celebrity will ever tell you: Film acting is not very fun,” Wilson wrote on her blog. “Doing the same thing over and over again until, in the director’s eyes, you ‘get it right,’ does not allow for very much creative freedom. The best times I had on film sets were the times the director let me express myself, but those were rare.”

Wilson, who also appeared in Mrs. Doubtfire with Robin Williams and a remake of Miracle on 34th Street, revealed what it feels like when people ask her why we haven’t seen her in any more films.

“Imagine that when you were a child, you liked to finger-paint. It was a fun pastime, but it came easily to you, so you never took much pride in it. Regardless, you got a reputation for your finger-painting,” she explained.

“Now imagine that, fifteen to twenty years later, people are coming up to you and telling you that they have your finger-paintings up on their walls and that your finger-paints changed your life. It’s flattering, but you haven’t finger-painted in years, and it seems like something you did a long, long time ago. You’ve realized you don’t particularly enjoy getting your hands dirty and that there are other outlets for your creative urges. But people are adamant: ‘Are you going to finger-paint again? When? Wait, you’re not? Why not?’ That’s what it feels like.”

And anyway, she is perfectly happy with her life in the theater, thank you very much.

“In terms of sheer adrenaline, film has absolutely nothing on theater,” she wrote. “Theater is about connection with an audience, being in the moment, and living a live moment onstage. It’s thrilling and terrifying and ephemeral. It’s life.”

So definitely no Matilda 2, then.