Though she is promoting her new CMT reality show, Jennie Garth: A Little Bit Country, she has to clarify — Twilight is NOT the reason for her split from Peter Facinelli. 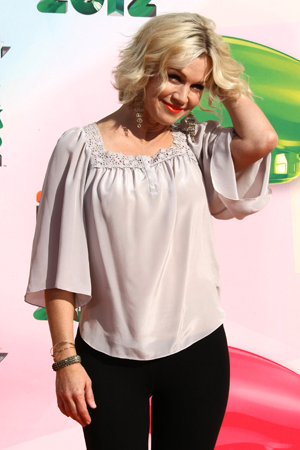 The consequences of the Hollywood life often overflow into celebrity couples’ marriage problems, but Jennie Garth says that wasn’t the case for her split from Twilight actor Peter Facinelli.

“I enjoyed the quote that I was envious of his fame or whatever,” Garth said on The Today Show. “There was nothing like that going on. I was very happy for him, and so happy to be at home with the kids and enjoying my ‘early retirement.’ I didn’t want to work at that time. I just wanted to be at home on the farm.”

Even more so, the reality of her marriage’s end was also not a result of filming her new reality show, Jennie Garth: A Little Bit Country.

“When I started to take this show on, I wasn’t headed down this road,” she explained. “It happened in the middle of filming the show, and now part of doing any kind of job as an actress is following through and doing the press circuit for the show, doing interviews and people want to talk about it. And, I am okay talking about it, but it’s certainly not… something you want to talk about.”

However, she maintains a positive outlook. “It was something we were working through together. As anybody who’s been through it, it’s always kind of shocking when it ends up finally happening. But it was sad for our family unit. We’re a really great family, and we always will be, because we have three beautiful daughters together.”