Would you want Kim Kardashian as your mayor? Probably not, but she recently said she wants to run for mayor of Glendale, California. Yes, seriously. 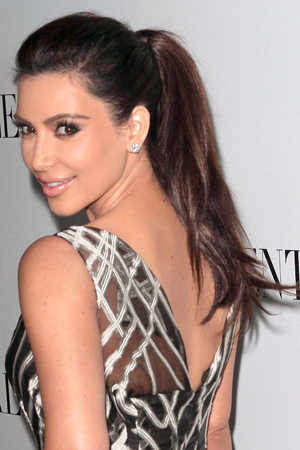 Close your eyes and imagine a world where Kim Kardashian is in charge and Kanye West is the First Husband. Now open your eyes in horror and realize that it might actually happen if Kardashian’s dream comes true.

“I decided I’m going to run for the mayor of Glendale,” Kardashian told her sister, Khloe Kardashian, on the last episode of Khloe and Lamar. “It’s going to be in like five years. So I have to buy a house there, you have to have residency there.”

Glendale? Don’t they live in Calabasas? Yes, but Glendale is “like Armenian town,” she said. The Kardashians are at least partially Armenian, thanks to their father, Robert Kardashian. About 60,000 of the city’s 200,000 residents are of the same heritage.

Oh, and we’re pretty sure Mayor Kardashian would require everyone to wear mink coats.

Could we be Keeping Up With the (Political) Kardashians soon? Well, Ronald Reagan did manage to make it to the White House and Arnold Schwarzenegger was the governor of the state, so anything is possible.

However, we’re also talking about the same girl who talks about going to bible study after getting famous for having sex with Ray J.

Our favorite Kardashian thought, though, is definitely her remarks on the fame-seeking Teen Mom crew.

“It seems that shows like Teen Mom are all of a sudden making teen pregnancy seem cool in the eyes of young girls,” she wrote. “The kids from these shows are all over the news, even on the covers of magazines, and have been become almost like celebrities, but girls, these are not people you should idolize!”

There’s something we want to say here… something about glass houses and throwing stones.

The Buzz – Kim Kardashian Running for Mayor?
Kim Kardashian plans to run for mayor of Glendale, California within the next five years.