If you thought Tupac coming back to life at Coachella was cool, you’re in luck — he might be coming to a city near you. Read on to find out how. 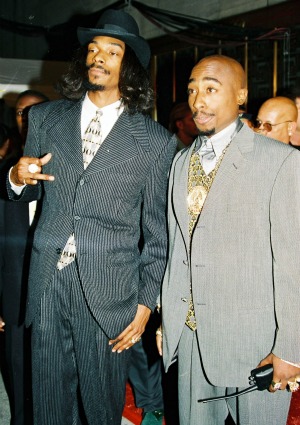 Tupac Shakur rose from the dead at Coachella last weekend — and now the ghostly figure could be performing in a town near you.

According to the Wall Street Journal, plans are underway to bring the virtual Tupac tour nationwide.

“This is just the beginning,” said Ed Ulbrich, chief creative officer of Digital Domain, the company that brought Tupac back to life. “Dre has a massive vision for this.”

A source close to the project told the Wall Street Journal that while plans are underway, the concerts are likely but not guaranteed and that it would take months of creative and technical planning. A couple of options being kicked around are an arena tour involving other artists like 50 Cent, Eminem and Wiz Khalifa, or a smaller operation featuring Dr. Dre and Snoop Dogg.

Despite the use of the term “hologram,” Zombie Tupac was actually a 2-D image created using a projector, a reflective surface and a large piece of Mylar behind which Snoop Dogg performed, giving the appearance the two were side-by-side on stage.

Zombie Tupac performed “Hail Mary” and “2 of Amerikaz Most Wanted,” both of which are about being killed by guns — just like he was in 1996.

The Buzz: Resurrected Tupac is going on tour

The Buzz – Tupac Back on Tour?
After Tupac’s resurrection, via projection, rumors are flying that Tupac may go back on tour.