The end is near for NBC’s long-running comedy, 30 Rock. Series star Alec Baldwin has once again given an update on the show’s questionable future. Are you ready to say goodbye to the 30 Rock gang? 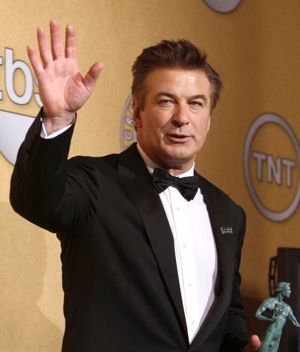 For years, there have been rumors that Alec Baldwin would prematurely exit 30 Rock. The actor, who plays NBC executive Jack Donaghy, has made no qualms about his desire to branch out. But so far, he’s stuck with the series and plans to do so until the end.

According to The Hollywood Reporter, Baldwin told the Washington Press Corps on Monday that he has no plans to jump the 30 Rock ship. He’ll stay on throughout the upcoming seventh season, which he confirms will be its last.

During his run on the series, Baldwin has earned multiple honors for his hilarious performance as Liz Lemon’s (Tina Fey) mentor, including two Primetime Emmys, three Golden Globes and six consecutive SAG Awards.

30 Rock has accomplished a lot since its 2006 debut. But it may be time for it to throw in the towel. The most recent ratings haven’t been up to snuff and we’d rather it go out with a bang than a whimper.

In a series of tweets, Baldwin essentially told fans that change is good and everyone has to move on eventually.

“As far as I know, 30 Rock is back next year. But all things must pass. New shows. New people… but aren’t you infinitely curious about the kinds of things Tina will do when the show is over? I know I am. I think Tina will write, produce, act in and direct some great films… people need new things, creatively.”

Are you ready for 30 Rock to come to an end?