Did you miss out on snagging tickets to your closest One Direction concert? We have some news for you — both good and not-so-good. Read on to find out. 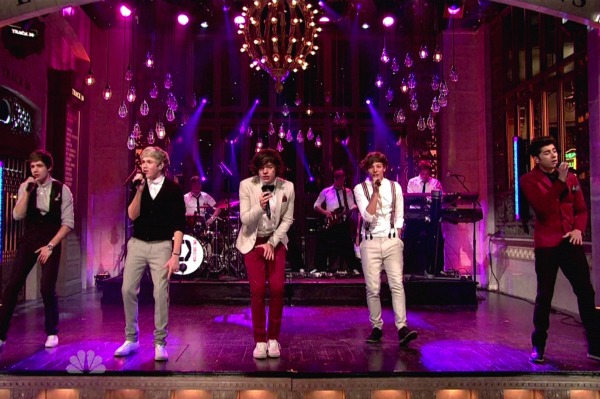 Did you miss out on One Direction’s short U.S. tour when tickets sold out in minutes? You’re in luck — the boy band is hitting the road for a hot summer tour! The catch? That would be summer 2013.

“One Direction have done it again; their Dec. 3 show at Madison Square Garden sold out in under 10 minutes,” said a statement from the group’s management team. “With their entire May/June 2012 tour also selling out in minutes, One Direction are giving their fans a chance to see the group live once again in the summer of 2013 as part of their World Tour — the earliest they are able to return with a tour to the States.”

Can’t wait until then to get your One Direction fix? The X Factor sensation’s live concert DVD, Up All Night: The Live Tour, will be available on May 29, 2012.

“Our fans are simply the best in the world. The support they have shown us has been incredible and we’re all so grateful to each and every one of them. We can’t wait to see everyone this summer, at Madison Square Garden and of course when we play our world tour in 2013,” said singer Niall Horan.