Do you know who stole Tom Petty’s guitars? There’s a handsome reward in it for you if you can help solve the case. 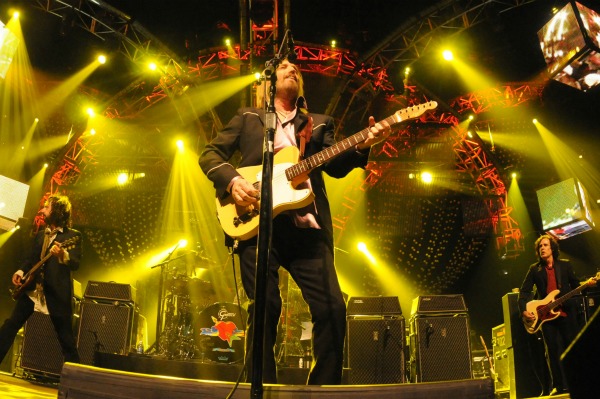 Five gorgeous guitars belonging to Tom Petty and the Heartbreakers have been stolen from a Los Angeles-area rehearsal space. Now, in between prepping for their upcoming world tour, the band is reaching out to get their equipment back.

If you’ve seen the stolen guitars, there’s a hefty reward in it for you.

“Five guitars belonging to Tom Petty and The Heartbreakers have been stolen from the Soundstage in Culver City where they have been rehearsing for their U.S. tour which will start next week,” said a statement on the band’s website.

“Police in Culver City are investigating the burglary. Tom Petty and The Heartbreakers are offering a $7,500 reward with no questions asked to anyone with information leading to the recovery of the guitars.”

Think you know where the instruments are? Here’s what to do:

“If you have any information on the whereabouts of these stolen guitars:

Culver City Police Department, Detective Grant, (310) 253 6305 or email StolenGuitars@TomPetty.com (Please only email if you have actual information),” the website states.

The axes stolen include a 1967 Blonde Rickenbacker, a 1967 Epiphone Sheridan, a 1965 Gibson SG TV Jr., a Fender Broadcaster and a Dusenberg Mike Campbell Model, which belonged to Campbell — producer and Heartbreakers band member — himself.

If you’re planning on hitting up one of the upcoming shows, don’t worry — the theft won’t affect their tour schedule. “The show will go on,” Petty tweeted.

Catch Tom Petty and the Heartbreakers on the following tour stops: