Nicole Kidman says she has no problem taking her clothes off for the cameras, because her own body insecurities have nothing to do with her characters. 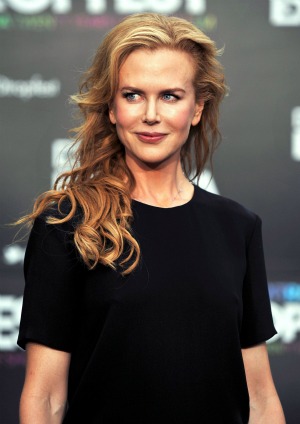 Most women would shudder to think of stripping down for a camera — but Nicole Kidman says it’s no big thing. The star of the upcoming HBO biopic Hemingway & Gellhorn told W that being naked is just a part of her process as an artist.

“I don’t mind being naked,” Kidman told the magazine. “Maybe as I get older, and now having had a baby, it might be different, but I enjoy not letting my issues get in the way of a performance. Once I start putting all my little insecurities in my mind, I’m not actually acting. Then it’s about me — and it should never be about me. It should be about the character.”

Kidman’s character in Hemingway & Gellhorn — a movie about the highly sexually-charged relationship between writer Ernest Hemingway and journalist mistress-turned-wife Martha Gellhorn — is highly sexual herself, despite denying a love for sex.

“The sex was very important in that relationship because that’s the way she cuts Hemingway off,” Kidman explained. “When Gellhorn says, ‘I don’t like sex,’ it’s her way of saying, ‘I’m not based in sexuality; Hemingway didn’t have power over me. That’s not where I came from.'”

“Having said that, the sexual attraction between them was powerful. I kept asking Phil Kaufman, the director, ‘Is all this sex ­important for the story?’ I wanted to make sure he wasn’t just getting off,” she said. “But these were two people who could make love when a building was falling down around them. They had passion.”

Read the rest of the Nicole Kidman interview in the new issue of W.

Watch the trailer for Hemingway & Gellhorn: