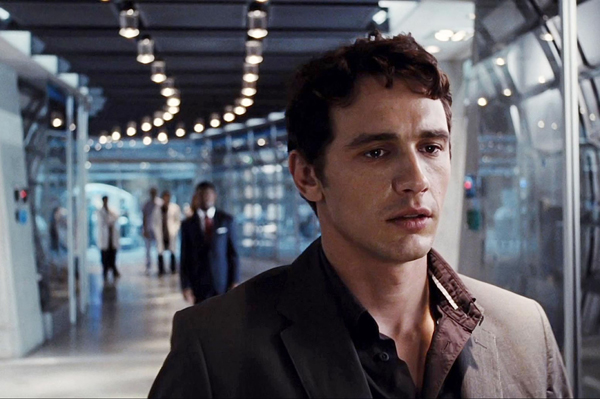 It would take a pretty amazing student to get a New York University professor fired — and if making 127 Hours and earning an Oscar nomination requires an actor to skip a few classes, James Franco still thinks it was worth it. This especially applies if said professor is absolutely awful!

“I’ve been in eight years of acting class. I didn’t feel like I needed to waste my time with a bad teacher and that I should go and work with Danny Boyle,” he told reporters while promoting his Hart Crane biopic The Broken Tower, according to The Huffington Post. “I felt like that was the right decision.”

Professor Jose Angel Santana gave Franco a bad grade in “Directing the Actor II” and has since been let go from the university. While Santana is suing NYU for wrongful termination — he told the New York Post that NYU “has done everything in its power to curry favor with James Franco” — the actor doesn’t think the two are related at all.

“No teacher will ever be fired from NYU for giving a student a D,” said Franco. “He wasn’t fired, he was asked not to come back after three years because they didn’t think he was a good teacher.”

Besides, seasoned scholar Franco doesn’t think grades matter much anyway — not in the acting world, at least.

“I did not care one bit about the grade, I knew I was going to get the grade,” he said. “I don’t even know what my grades are in NYU because grades don’t matter, what matters is the films that you make. Anybody coming out of film school is not going to go to Sony or Warner Bros. and say ‘Hey, I got an A in acting class, give me a job.'”