It’s nothing personal, but don’t you hate it when you hear good news about an ex? Imagine how Jennifer Aniston must feel now that Brangelina’s engaged. 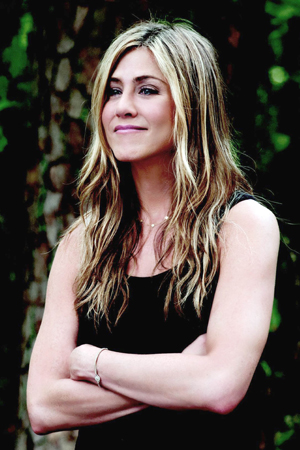 Now that Brad Pitt and Angelina Jolie are officially engaged, everyone has been wondering — what does Jennifer Aniston, Pitt’s first wife, think of the happy couple’s news?

To be honest, the Wanderlust actress hasn’t thought much about it. It’s hard to comment on an ex’s headlines when you’re too busy being happy with your current beau!

“She doesn’t care,” said a close friend of the star to E! News. “She really doesn’t. She’s happy with Justin [Theroux].”

Speculation would assume that she’d at least feel a little bit negative about the news, but the insider reassured that Aniston isn’t harboring any ill will toward the Moneyball actor.

“She’ll probably marry him. She’s moved on. People don’t want to believe it, but she has.”

Aniston first found out about the Brangelina engagement while at home, said another Aniston insider. “She was happy and hanging out with her man,” the source said.

Though she may eventually head down the aisle herself, Aniston commented earlier this year that she doesn’t need any of it to be happy. “I think that’s sort of cliché, isn’t it? Like, if you want to be happy, you should have the house, the husband, the kids… Kids are messy!”

She added in another interview, “That doesn’t measure the level of my happiness or my success in my life, in my achievements, in any of that.”

52 mins ago
by Ellen Niz