This summer, Tom Hardy will play the villainous Bane in the comic book film, The Dark Knight Rises. He’ll go toe to toe with Batman in the trilogy’s finale. But Hardy wants fans to know, Bane’s no Joker. According to the actor, he “is not that guy.” 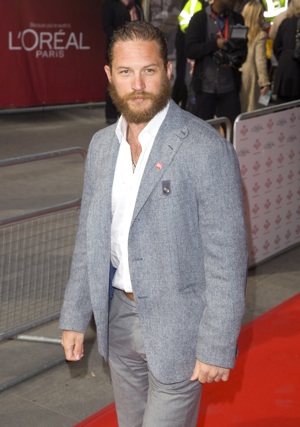 The blockbuster movie season is right around the corner. And one of the most anticipated films on the schedule in Christopher Nolan‘s The Dark Knight Rises.

The sequel will mark the end of Nolan’s superhero trilogy, which started in 2005 with Batman Begins.

Movies: The year of the superhero >>

In The Dark Knight Rises, British actor Tom Hardy plays Batman’s latest nemesis, Bane. He’ll be following in the footsteps of Heath Ledger, who starred as The Joker in 2008’s The Dark Knight and won a posthumous Oscar for his performance (best supporting actor).

In a recent interview with Entertainment Weekly, Hardy discussed the differences between his character and Ledger’s.

“The Joker didn’t care — he just wanted to see the world burn, and he was a master of chaos and destruction, unscrupulous and crazy. Bane is not that guy,” says Hardy.

Bane is “brutal” in The Dark Knight Rises >>

“There is a very meticulous and calculated way about Bane. There is a huge orchestration of organization to his ambition. He is also a physical threat to Batman. There is nothing vague about Bane. No jokes. He’s a very clean, clear villain.”

Bane is known for his intimidating presence and brilliant mind. He’s Batman’s physical and intellectual equal, which makes him extremely dangerous. The Caped Crusader will also have his hands full with Anne Hathaway, who stars as Catwoman. Bane may go for the body, but Catwoman will go for his heart.

Anne Hathaway cast as Catwoman in The Dark Knight Rises >>